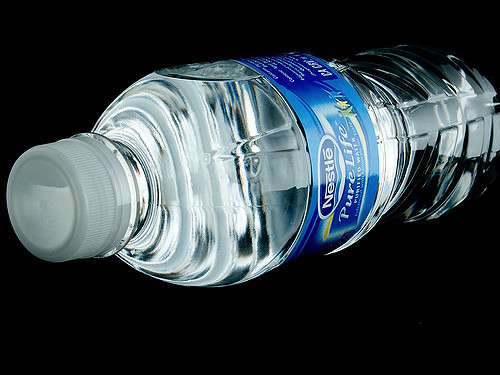 The Ontario government announced its two-year moratorium on new or expanded water-taking permits for companies who bottle water.

An article in the Wellington Advertiser from December 16th, the day the moratorium was announced, featured commentary from Stan Denhoed, senior hydrologist for Harden Environmental Services. Denhoed expressed his dissatisfaction with the approach the province has taken and said of the moratorium that it is “an example of bias towards groundwater-based municipal systems with no scientific rationale in support.”

Rob de Loë, a professor at University of Waterloo’s School of Environment, Resources and Sustainability and expert in water security and governance, said to Water Canada of Ontario’s groundwater policy that “a major review is urgently needed, but its scope has to be much larger than just water bottling.” de Loë continued, “Water bottling in general, and Nestlé in particular, have become a sideshow and a distraction from much more important issues.”

The moratorium was initially proposed by the province in October in response to public protest regarding Nestlé Waters Canada’s permit renewal and exploration of future sites in Waterloo region. The public had until December 1st to comment on the province’s Environmental Registry regarding the moratorium, which received 20,000 comments.

Will the moratorium achieve its intended outcomes? de Loë doesn’t think so. “Measures like moratoriums and charging water bottling companies more for water — even a lot more — may make critics of the industry feel like they’ve accomplished something…. Unfortunately, these kinds of politically popular measures are not going to put us on the path to a robust system that will be up to the challenges we’re going to face.”

The moratorium will remain in place until January 2019.

Read Ontairo’s December 16th announcement, the interview with Stan Denhoed in the Wellington Advertiser for more information, or the entirety of Professor Rob de Loë’s on Water Canada.