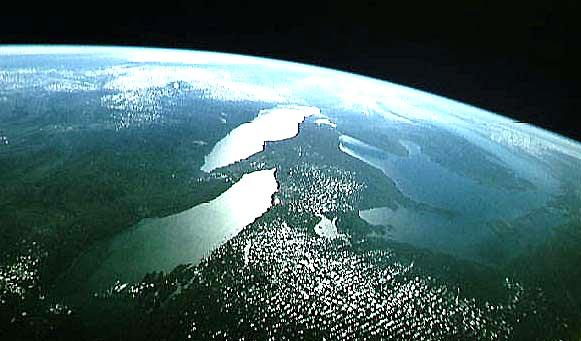 This week, the United States Congress and President Obama signed into law new legislation that will solidify the future of many programs that are important to the Great Lakes, known as the Water Infrastructure Improvements for the Nation (WIIN) Act.

In a statement to the press, President Obama said, [The WIIN Act] authorizes vital water projects across the country to restore watersheds, improve waterways and flood control, and improve drinking water infrastructure. The law also authorizes $170 million for communities facing drinking water emergencies, including funding for Flint, Michigan, to recover from the lead contamination in its drinking water system. That help for Flint is a priority of this Administration. WINN also includes four Indian water rights settlements that resolve long-standing claims to water and the conflicts surrounding those claims, address the needs of Native Communities, fulfill the Federal trust responsibility to American Indians, and provide a sound base for greater economic development for both the affected tribes and their non-Indian neighbours.”

WIIN includes many provisions that are critically important to the Great Lakes. It includes authorization of the Great Lakes Restoration Initiative (GLRI) for five years at $300 million per year, provides support for shipping, addresses the algal bloom problem, allocates funding to solve the drinking water crisis in Flint, Michigan, and strengthens programs to improve fish and wildlife in the Great Lakes.

Mayor Paul Dyster of Niagara Falls, current vice-chair of the Cities Initiative, said, “The passage of this law is critically important to the future of the tremendous freshwater resource we share between Canada and the United States and to our communities, and ensures that the momentum developed over the past five years in protecting and restoring the resource will be maintained.”

The Great Lakes Cities Initiative Executive Director David Ullrich said, “Many of our member cities have received funding under GLRI, which has allowed them to complete restoration projects that otherwise would not have been possible. These projects contribute to the economic well- being and quality of life in our communities, and make them more attractive for locating a new business and as a destination for visitors.”

More information on the WIIN Act can be found online here.

New Board Elected to Council of the Great Lakes Region