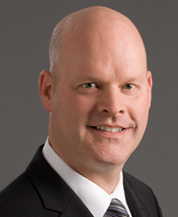 PPP Canada announced the Round Five call for proposals on April 15. In a press release, John McBride, CEO, described how P3 Canada hopes to help provinces, territories, and municipalities Canada-wide address their infrastructure needs. “Last year,” he said, “we were very encouraged by the quality and viability of the applications we received. Under Round Five, we will continue to look for applications that deliver optimal value for money by demonstrating substantial involvement by the private sector throughout the project’s life cycle.”

Public-private partnerships have become important funding methods for every manner of public infrastructure updates and construction. Although water services and management have not traditionally been a focus of the P3 Canada Fund, communities are increasingly turning to them in order to address water and wasterwater needs. For example, Saint John, New Brunswick, has recently chosen to pursue a public-private partnership in order to update its ageing water system.