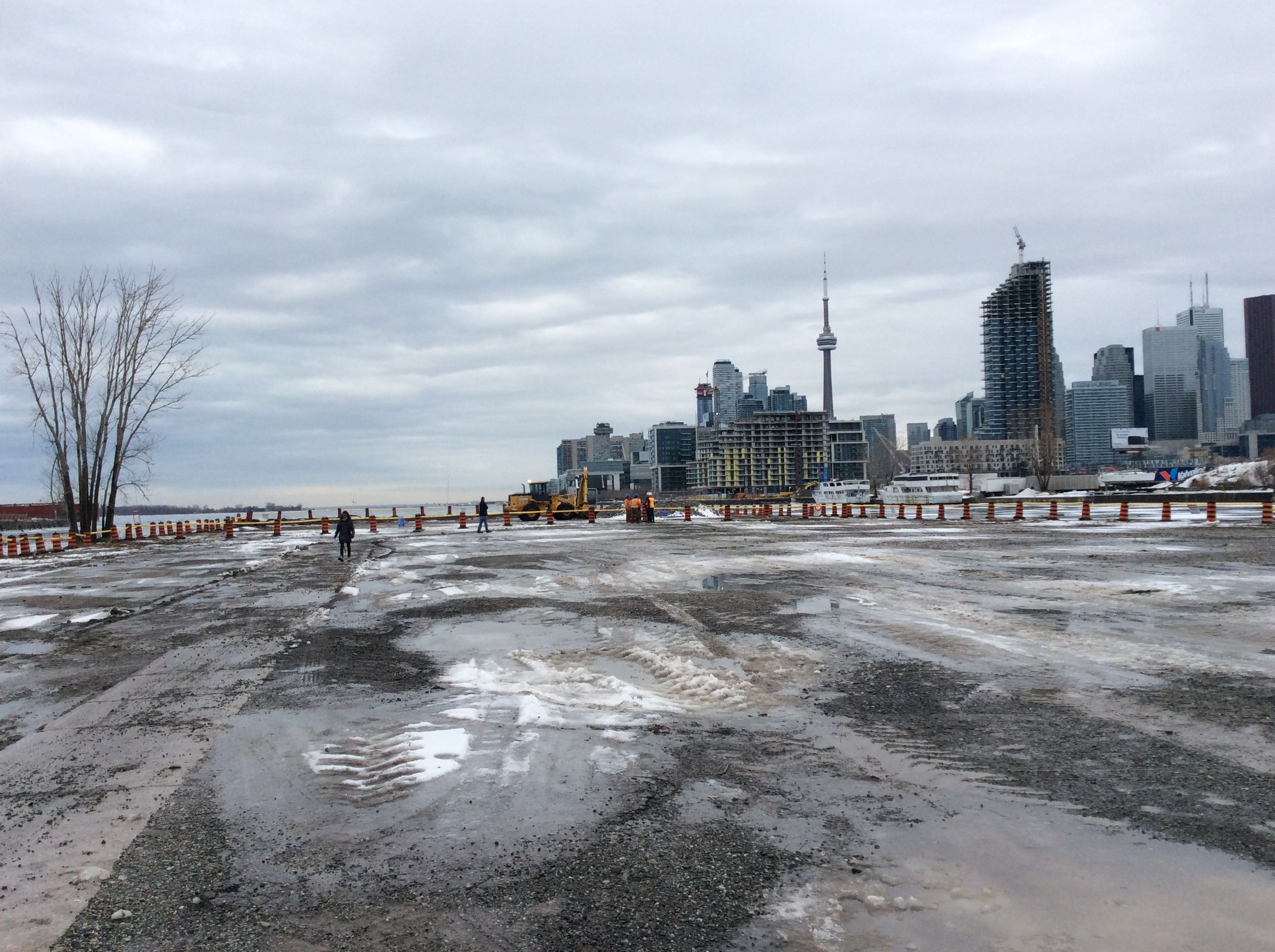 Today, Toronto Mayor John Tory joined leaders from all three levels of government at the water’s edge to mark the start of construction on the Cherry Street Stormwater and Lakefilling project.

The Cherry Street Stormwater and Lakefilling project is designed to optimize water and stormwater infrastructure by stabilizing the shoreline under flood conditions, enhancing aquatic habitat, and ultimately, forming part of the proposed Promontory Park. It is part of the Port Lands Flood Protection Project.

“I think is one of the most exciting projects in the city,” said Tory. “People know the price tag—it’s a billion dollars. They may think, ‘how can it cost a billion dollars to do flood protection?’ But you can see the kind of work that has to be done just to extend the land out to provide protection to the seawall and the shoreline, and in the end to create a 20-acre park and provide streets—it’s expensive yet necessary work for building a great waterfront and proving flood protection, which will lead to a huge investment in jobs and development of the next phase of the Port Lands.”

Building resilient infrastructure in the Port Lands will increase Toronto’s capacity to adapt to climate change impacts and unlock the potential for the Port Lands to provide housing, parks space, and wildlife habitat.

“It is absolutely necessary before you can do anything much with the Port Lands; otherwise we face the prospect of this land and lands within the city of being flooded in some of one of those storms that will happen,” Tory said.

In a press release Waterfront Toronto CEO Will Fleissig said, “This is a once-in-a-lifetime opportunity to transform an underused resource in the heart of downtown. Flood protecting the Port Lands will make way for sustainable new communities that deliver affordable housing and job opportunities. This project will enhance Toronto’s resilience to extreme weather, while also restoring a natural environment for all Canadians to explore.”

On September 14, 2016, the governments of Canada and Ontario and the City of Toronto announced $65 million in infrastructure funding under the Clean Water and Wastewater Fund for the Cherry Street Stormwater and Lakefilling project. This project part of the $1.25 billion Port Lands Flood Protection project that will naturalize the mouth of the Don River and remediate contaminated soil, unlocking new land for development.