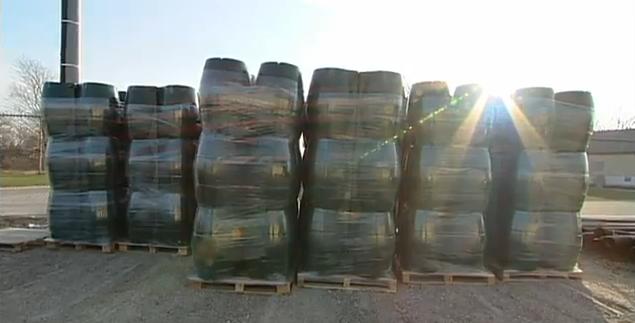 The Insurance Bureau of Canada (IBC) has launched the first Atlantic Region study of the impact of collective rain barrel use with the Town of Stratford, Prince Edward Island. Up to one thousand homes will receive rain barrels from IBC to assess their impact on relieving stress on water systems and keeping basements dry.

Water damage is a serious problem in P.E.I. Sewer backups can happen during intense rainstorms when aging municipal sanitary and storm sewers become overloaded. The forecast is also less than optimistic: ever-increasing amounts of rainfall due to changing weather patterns.

The study follows a similar pilot in Wingham, Ontario. Results showed that out of 1,000 homes, 72 per cent of downspouts were disconnected from the storm and sanitary sewer system, providing immediate relief to that infrastructure. Even during heavy rains with direct downspouts disconnected and rain barrels in use, Wingham remained within its storm system capacity.

This second study will include a simple solution to the problem of some residents not emptying full barrels: a slow-release drain valve allowing the barrels to empty on their own over 24 hours.

According to IBC, water damage claims have soared to $1.7 billion annually in Canada, surpassing fire as the leading cause of damage to homes.

Photo: A still from IBC’s YouTube video about the Wingham rain barrel project.