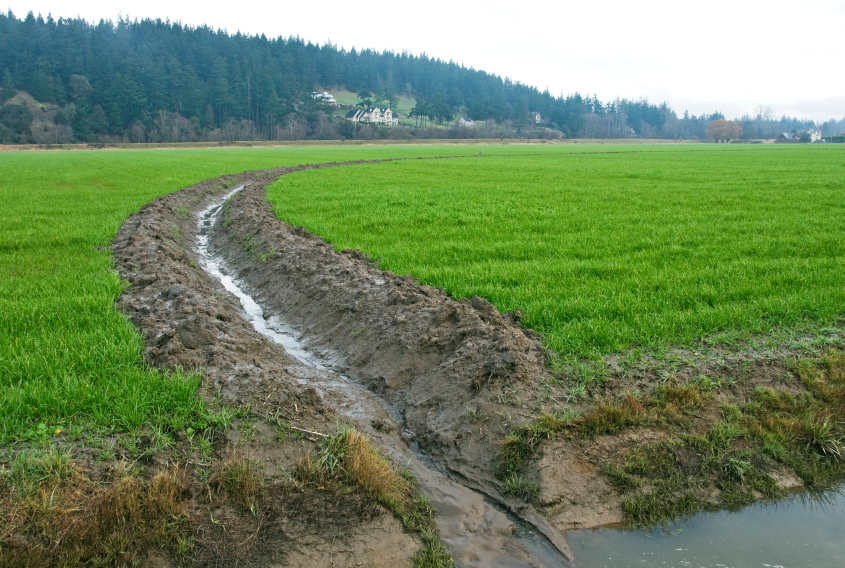 Dangerous nitrate levels in drinking water could persist for decades, increasing the risk for blue baby syndrome and other serious health concerns, according to a new study published by researchers at the University of Waterloo.

Nitrogen fertilizer applied to farmers’ fields has been contaminating rivers and lakes and leaching into drinking water wells for more than 80 years. The study, published this week in a special issue of the journal Environmental Research Letters, reveals that elevated nitrate concentrations in rivers and lakes will remain high for decades, even if farmers stop applying nitrogen fertilizers today.

The researchers have discovered that nitrogen is building up in soils, creating a long-term source of nitrate pollution in ground and surface waters.

“A large portion of the nitrogen applied as fertilizer has remained unaccounted for over the last decades,” said Nandita Basu, a professor in the Department of Earth and Environmental Sciences and Civil and Environmental Engineering. “The fact that nitrogen is being stored in the soil means it can still be a source of elevated nitrate levels long after fertilizers are no longer being applied.”

Their paper presents the first direct evidence of a large-scale nitrogen legacy across the United States’ Mississippi River Basin.

Such nitrate concentrations are likely to remain stubbornly high, according to the Canadian research team.

Professor Basu and her group analyzed long-term data from over two thousand soil samples throughout the Mississippi River Basin to reveal a systematic accumulation of nitrogen in agricultural soils. In many areas, this accumulation was not apparent in the upper plow layer, but instead was found from 25-100 cm beneath the soil surface

“We hypothesize that this accumulation occurred not only because of the increased use of fertilizers, but also increases in soybean cultivation and changes in tillage practices over the past 80 years,” said Kim Van Meter, a doctoral student in the Department of Earth and Environmental Sciences in the Faculty of Science.

Their modelling results suggest that this nitrogen legacy could still be leaching into waterways more than three decades after nitrogen is no longer being applied to fields.

Similar to phosphorus, nitrogen is a limiting nutrient for plants and when applied as fertilizer helps increase crop yields.

Unfortunately when too much nitrogen is added, the excess enters waterways, causing hypoxic conditions such as the Gulf of Mexico’s massive dead zone and threatening drinking water quality. Exposure to excessive nitrate in drinking water causes serious health problems, including Methemoglobinemia or blue baby syndrome in infants.

Since the 1970s, farmers and policymakers alike have worked hard to reduce the amount of fertilizer leaking from agricultural fields to groundwater and nearby lakes and streams. Yet in some rural areas, nitrate levels have been found to be more than ten times the drinking water standard.

“The presence of this legacy nitrogen means it will take even longer for best management practices to have a measurable benefit,” said Professor Basu, also a member of the Water Institute. “If we’re going to set policy goals, it’s critical we quantify nitrogen legacies and time lags in human impacted landscapes.”

Basu and other researchers at the University of Waterloo are currently exploring nitrogen legacies across North America as well as at the global level.