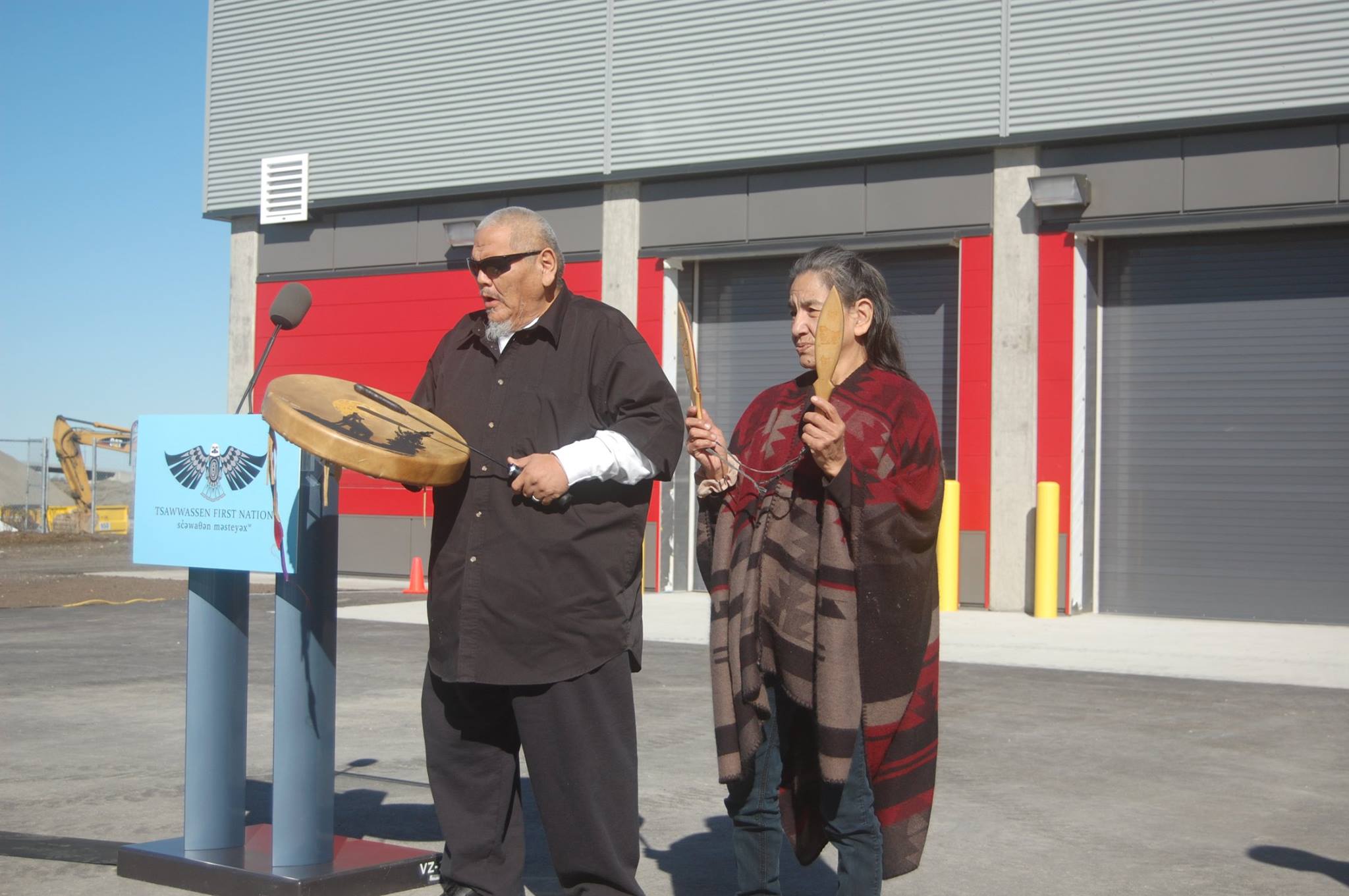 The infrastructure project represents a huge achievement for community and a significant step towards the community’s self-sufficiency. It also paves the way for the next phase of over $1 billion of development on Tsawwassen Lands, including planned residential, commercial, and industrial projects.

Prior to the new facility being built, there was a smaller treatment facility in operation on Tsawwassen lands, which provided sufficient capacity for the existing developments. It was constructed in 1996 to service the community as well as the Tsatsu Shores condominium development.

Development of the new plant took two years from start to finish. The plant was constructed through a design-build contract with Maple Reinders Inc., and it comprises a sequence batch reactor system with tertiary treatment capability, using UV light treatment technology.

Williams said, “The completion of the new sewage treatment plant is a proud moment and reflects how far our community has come since signing the Treaty in 2007. It also paves the way for us to move forward with our development plans for Tsawwassen Lands, which will secure our long-term financial future.”

Financing for the project was provided by Vancity Savings Credit Union. Urban Systems Ltd acted as engineering consultants, and the construction was undertaken by Maple Reinders Inc.

“Taking on a major piece of infrastructure like this facility requires significant investment and a long term vision for the future. However, we believe that it is crucial to build for the future and put in place the building blocks for growth,” said McCarthy.