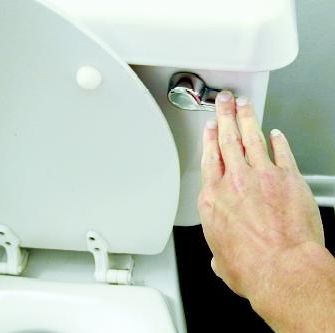 Across the country, provinces are updating Building Code standards—or implementing policies that would allow provincial ministries to change standards. Canada’s new building code, coming in 2012, will enshrine energy efficiency in its objectives, making the standard for all new homes much better than many of the current provincial codes.

But the buzzword in many of these updates is “energy.” Energy efficiency is a major headline in the sustainability plans of corporate social responsibility giants like Wal-Mart and IKEA; it’s the focus of labelling systems like Green Globes and the Building Owners and Managers Association’s (BOMA’s) program; it’s the standard behind Energy Star, an entire line of products and government-backed building standards.

Energy consumption is also the issue that bridges the commercial and residential building sectors. But according to Wayne Proulx, president of e3 Sustainable World Solutions, “The larger issue is that of electricity consumption and its effect on water.”

Proulx, former director of BOMA Toronto’s Conservation and Demand Management Program, says energy gets most of the focus because conserving energy leads to immediate, recognizable savings.

Water is only a big issue for owners of multi-residential buildings because they see a significant reduction in operation costs very soon after replacing an old boiler or switching to low-flow toilets. Commercial operations may consume a lot of water, but from an overall expenses standpoint, it’s a drop in the bucket. “Most would shrug their shoulders at increase in cost and say ‘okay,’” says Proulx.

Proulx mentions another reason landlords have been stepping up. Cities like Toronto are putting incentives such as the Residential Toilet Replacement Program into place, in which residents get a $60 or $75 cash incentive to replace a water-guzzling toilet with a City-selected, water-efficient model. Water efficiency programs with cash incentives exist for residential, multi-residential, industrial and commercial buildings.

It seems that the next logical step is to build those efficiencies into a revised building code, rather than continuing to hope building owners will comply with new standards to save $75. Proulx says “I suspect a lot of [cities] have done that—if they haven’t, they need their asses kicked.”

In fact, both cities and provinces have been working to update building code standards in order to increase efficiencies. But it’s a slow process.

Wolfe and Hendriks found that homebuilders, particularly in Ontario and the Canadian West, have a tacit knowledge about water efficiency and have, in fact, been very innovative when it comes to designing with water efficiency in mind.

Proulx seconds that, and says that commercial real estate companies like Brookfield Life, Greenwyn, Cadillac Fairview, and Real Star that manage multi-residential and commercial buildings are driving innovation and efficiency. They’re beginning to see that part of a property’s value is its operational value.

Engineering firm PlanIT is currently working on a number of buildings for Vertica (Great West Life Realty Association) to create a plan for the most cost-effective water efficiency. There are many more examples of real estate companies looking for more efficient—and, by extension, more affordable—operating systems for the buildings they manage.

While property managers are taking steps to create efficiencies, the challenge is convincing developers, which are building a property and then immediately selling it to a management company, to take an interest in anything beyond the first cost. Because they won’t be operating the building, the majority of these developers don’t see any value in efficiencies. “These are what we call the bottom feeders,” says Stephen Koch, executive director of NAIMA, a trade association of North American manufacturers of fibre glass, rock wool and slag wool insulation products.

Industry players like this—who have nothing to gain from building more efficient structures and systems—are one of the reasons building codes and regulations are needed.

Regulations can also create a link between energy and water efficiencies of which developers and users alike simply are not aware. The fact is an energy-efficient building is already a more water-efficient building. About 170 litres of water is consumed for every kilowatt hour of power used in Ontario. Proulx says, “If we really want to make a change, people have to start realizing that if they use one kilowatt hour, they’re throwing away 170 litres of water.”

Koch, who recently sat on an advisory committee to the Minister of Municipal Affairs and Housing on energy efficiency and water conservation, says water efficiency falls into two categories: conservation, and the cost of energy needed to clean, transport, and heat water. The latter has only recently come into consideration. Most revisions to building codes deal with the first category: using less water.

The provinces are mostly concerned with conforming to the updated National Energy Code for Buildings with updated energy efficiency requirements for housing and small buildings (due to be released in 2012)—a new standard which contains no direct requirements related to water use efficiency.

The same goes for changes to British Columbia’s building code. Not much has been said beyond the use of low flow toilets. Ken Elsey, president and CEO of the Canadian Energy Efficiency Alliance says, “Water in building codes has the possibility to lower use with the installation of greywater recovery systems, as well as rainwater collection and well-controlled irrigation. Heat recovery systems also have the potential of being incorporated—while it is not water, per se, it is linked.”

Ontario is actually being fairly aggressive in terms of working water efficiencies into its new codes and regulations. Ontario has tabled the Water Opportunities and Water Conservation Act which, if it passes, would give the Environment Minister the power to establish province-wide water conservation targets and to establish performance targets for individual municipalities and government facilities.

Ontario is also taking a more aggressive stance with the National Energy Code, asking the federal government to step up its standards and focus, not just on energy, but on resource conservation and management—that would include greenhouse gas reduction and water conservation, two area the federal government would rather avoid. Koch says, “The national group really doesn’t want to open Pandora’s box. They see it as an affordability issue for homeowners and commercial property managers.”

Homeowners and property managers are well-aware of the cost of wasting power—thanks, in part, to a proliferation of rating and labelling systems focused on energy—but water waste is still not seen as an issue. Koch believes the future of the building industry lies in labelling systems that focus on water, as well as energy. Right now, labels like Build Green include only a few points for low-flow toilets and shower heads. “They’re not aggressive enough,” says Koch. “Labels should be defining where the industry is going; they should be the base for new codes.”

Labels devoted to water—or to water and energy—would also raise water’s profile and create consumer awareness. If homebuyers could understand that a house’s water-efficiency and energy-efficiency ratings will affect their utility bills, that would drive change in the market.

“We need to bring some profile to the cost of water,” says Proulx. “Water is an energy source that needs to be benchmarked and managed just like energy.”  WC