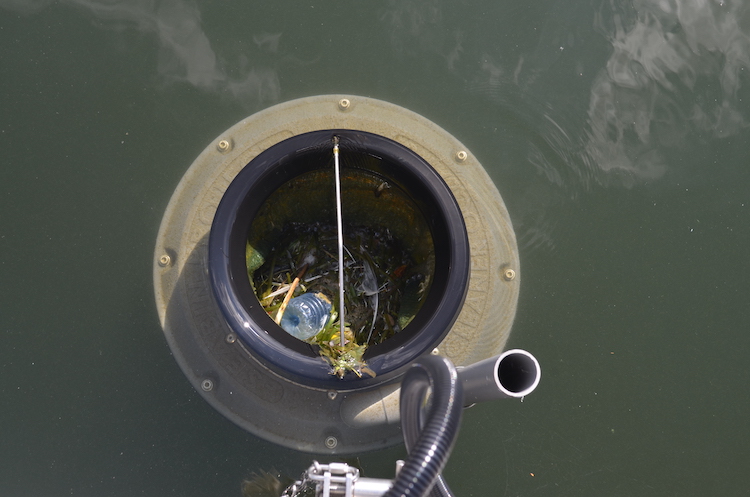 The Great Lakes are the largest freshwater system on the planet, accounting for about one-fifth of the world’s surface fresh water. Variations in lake depth, climate, and geology in the region help sustain rich diversity, including more than 350 species of fish and over 3,500 plant and animal species, some of which are found nowhere else on Earth.

The beauty, wealth of resources, and opportunities that the lakes offer have contributed to the region around them growing into one of the most economically powerful and culturally diverse in the world. More than 40 million people rely on the Great Lakes for everything from drinking water to power generation for their homes and businesses. While a wide range of economic activities are dependent on the lakes, residents also draw other benefits, such as recreational opportunities and access to the natural world, which includes everything from pristine wilderness parks to beaches, often in close proximity to urban centres.

Plastic pollution and its impacts on local waterbodies have received increasing attention in recent years. Modelling points to an estimated 10 million kilograms of plastic, including bottles, food packaging, and microplastics, flowing into the Great Lakes each year and approximately 80 per cent of all litter found during shoreline cleanups is plastic. Research has linked microplastics to a range of health impacts for aquatic organisms, including inflammation, oxidative stress, changes to gene expression and reduced growth and feeding. In addition to the challenges for wildlife, plastic pollutes the water, destroys shorelines, and affects the people who live in the region.

In 2020, Pollution Probe and the Council of the Great Lakes Region (CGLR) launched the Great Lakes Plastic Cleanup to tackle this issue head-on and to draw attention to the fact that plastic pollution is not only an oceans issue. The initiative is the largest of its kind in the world, using innovative plastic capture technology to remove plastic and other litter from Lake Ontario to Lake Superior and everywhere in between. Through research, outreach and education, the Great Lakes Plastic Cleanup is gathering data on plastic and debris entering our waterways and identifying how government, industry, and consumers can work together to reduce, reuse, and recycle material waste.

Now in its third year, the collective efforts of the Great Lakes Plastic Cleanup network have contributed to a number of important learnings that will inform the development of immediate and long-term strategies and solutions to the plastic pollution issue.

Technology is an important engagement tool

Over the past several years, a number of capture technologies have emerged as a means of removing plastic and other debris from the environment, or to prevent it from finding its way there in the first place. The Great Lakes Plastic Cleanup is piloting a number of these technologies on a large scale and under a range of geographic and climatic conditions. While many plastic capture devices were initially developed for use in marine or ocean environments, the initiative has highlighted their ability to address similar issues in freshwater.

Technologies and tools for sharing information have allowed community scientists to engage in the collection of data in new and innovative ways and provide improved means of using the data generated. While it is no surprise that technology can play an integral part in the success of any initiative working to address important environmental challenges, the Great Lakes Plastic Cleanup is proving that technology can also act as an effective linchpin for driving broader systems change, including that related to plastic pollution. The initiative has shown that the value of these plastic capture technologies goes well beyond their ability to clean-up debris from the environment when combined with a focus on the collection of locally relevant data that can further inform regulatory and policy decisions, and community outreach and engagement efforts.

Microplastics are ubiquitous in the Great Lakes

Studies concerning the prevalence, transport, and fate of plastic in the environment have increased in number over the past decade but those specific to the Great Lakes remain limited. The Great Lakes Plastic Cleanup is contributing to the need for more data to better understand the amount and types of plastic debris found and their impacts on the unique Great Lakes Basin ecosystem.

The amount of debris collected by plastic capture devices can differ dramatically by day, depending on a wide range of factors, including the location of the marina, where the technologies are installed on-site and weather conditions. In 2021, the initiative’s participating marinas reported diverting close to 15 kilograms and 67,529 pieces of plastic from the Great Lakes, or an average of 28 grams and 132 pieces of plastic per Seabin each day. The devices continue to collect debris even on days when data is not reported, meaning the amount of plastic they remove is actually much greater.

Data collected over the past three seasons is contributing to building an increasingly detailed plastic profile for each of the lakes, mapping trends on types and sources, informing the initiative’s efforts to prevent plastic pollution, and remove that which has found its way into the environment.

Microplastics (plastic particles <5mm in size) make up the majority of the debris collected by the Great Lakes Plastic Cleanup and its network, with the top three items found in 2021 being small foam pieces, small hard plastic fragments, and small pre-production plastic pellets. Many of these microplastics are found entangled in organic material removed by the plastic capture devices.

It will take many hands to address plastic pollution

Given the magnitude of the challenge, it is clear that the plastic pollution issue will not be solved by any one individual or organization alone. The Great Lakes Plastic Cleanup provides a space for collective action on the part of its broad network of groups and organizations who together, are working to end plastic waste. The initiative has proven to be an important catalyst for action since its inception, uniting a wide range of like-minded organizations working to address an issue of shared concern. The model enables the adoption of local considerations, interests and the needs of all collaborators and partners, ensuring it is practical and scalable.

Since its launch in 2020, evidence has pointed to the fact that there is much more work to be done to help end plastic pollution in the region. For this reason, the initiative continues to grow in size, with marinas and collaborators from across the Great Lakes contributing to its efforts to remove and prevent plastic waste from entering the lakes. The initiative currently has 33 sites across the Canadian side of the lakes and is expanding into the U.S. this season where new plastic capture technologies will be piloted. Each new plastic capture device installed as part of the initiative contributes to more plastic removed from the Great Lakes and its waterways, and more opportunities to collaborate on efforts to end plastic pollution.

Melissa De Young is Director of Policy and Programs at Pollution Probe and leads the organization’s Circular Economy and Water programs.