Canadians pay close attention to international affairs; they are concerned about climate change and famine; they see their nation as a positive force in the world and are prepared to do more to maintain that influence. These are some of the opinions revealed in the results of a recent Environics Institute survey.

In partnership with SFU Public Square at Simon Fraser University, the Canadian International Council, and the Bill Graham Centre for Contemporary International History, the follow-up to the 2008 Canada’s World Survey was created to determine how Canadian public attitudes, priorities, and actions have evolved over time, as well as address emerging issues. The results are telling of a nation that is pro- free trade, collaboration, and international aid; and feels strongly that we must strive to set a good example on the world stage through our domestic policies.

Although water issues were not explicitly mentioned in the results, several global issues that are closely linked with water came out as top concerns of Canadians. When asked  to rate their level of concern with each of 12 specific global issues, Canadians responded with all 12 issues eliciting clear levels of concern among a majority.  In three cases a majority says they are “very concerned” about global warming/other environmental problems, hunger and famine in the developing world, and terrorism—all of which can relate to water. 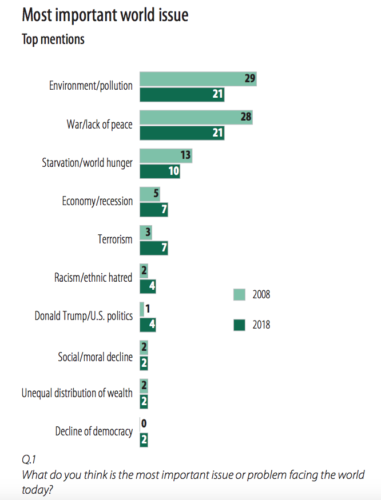 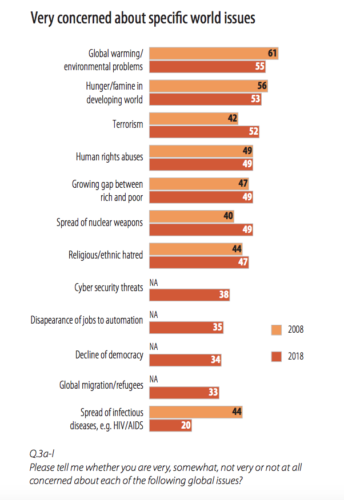 Among the key finding of the report:

The full text of Canada’s World Survey 2018 – Final Report is available for download on the Environics Insitute’s website.

Water at the NAFTA Table