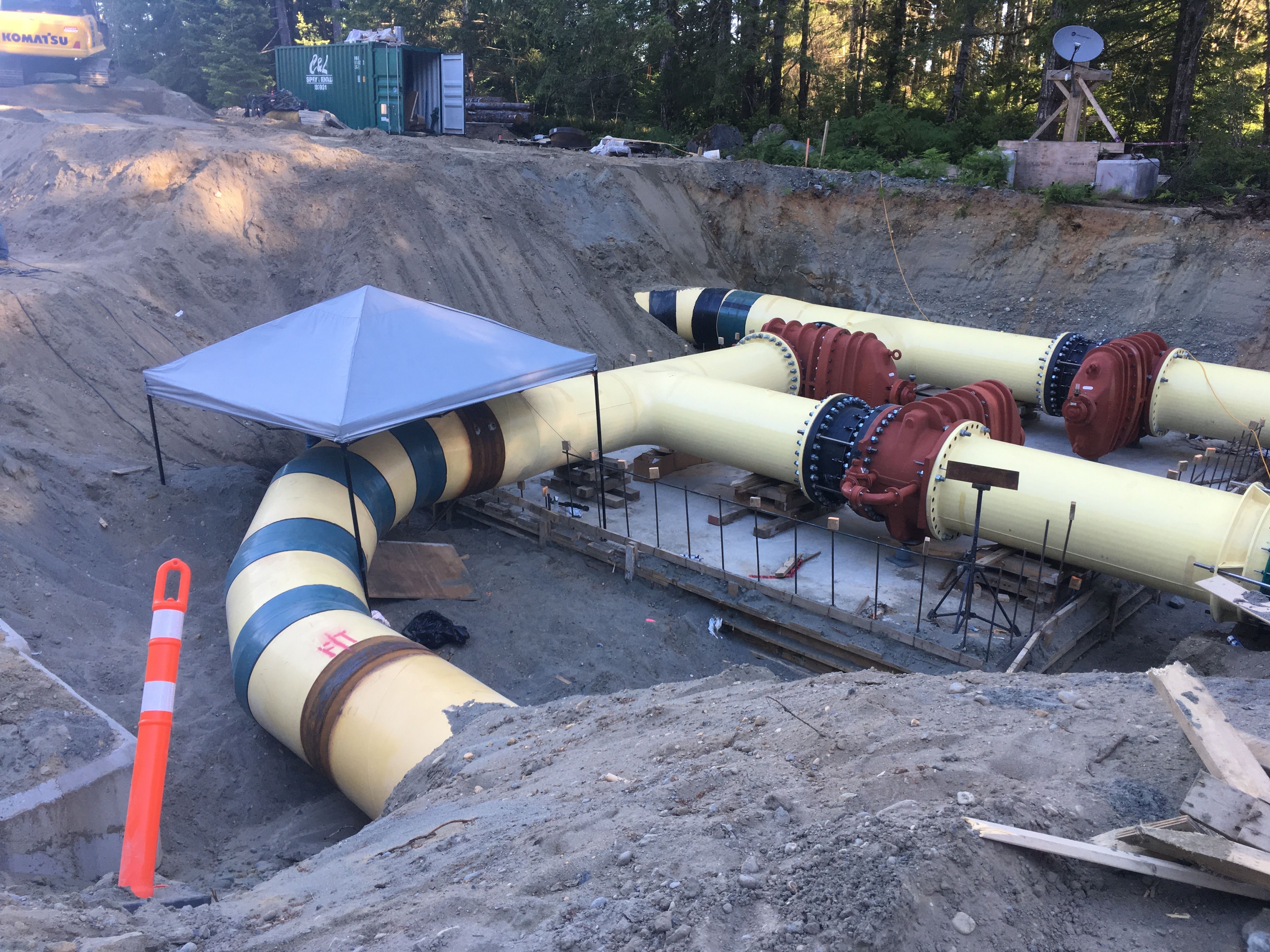 The B.C. coastal city of Campbell River is celebrating the near-completion of its largest infrastructure project to date—the Campbell River Water Supply Centre—after careful planning and staging by city staff.

“It was a seamless transition as we began to draw water from the new intake in John Hart Lake in late March, and the community water system is now fully independent of the B.C. Hydro penstocks that were formerly in use,” said Nathalie Viau, the city’s water supervisor.

“This step was a major milestone for the project and required a high degree of planning to ensure it went smoothly. Water flowing from the new lakeside facility is disinfected with both chlorine and ultra-violet radiation and our water quality consistently meets and even exceeds Canadian drinking water quality standards,” she said.

Mayor Andy Adams added, “Council applauds the efforts of our capital works team who continue to keep this complicated, multiyear project on budget and on schedule. […] We recognize it has been a massive effort for the capital works and water departments.”

“We also recognize the efforts of all the water department employees whose involvement in all aspects of the project was critical to the smooth transfer to the new water supply centre without any interruption in this essential service.”

Next steps for the project will include connecting the new water system to additional transmission water mains along Highway 28 and to the north system that serves the Gordon Road and industrial park areas.

“We would like to remind people to be mindful of water use as we bring additional mains into service. In time for summer, all three main lines will be back on duty,” Viau added.

BC Hydro funded the majority of the construction cost for the City of Campbell River’s new water supply system because BC Hydro penstocks, the City’s previous connection to the water source, are being removed as part of the $1.1 billion John Hart Generating Station replacement project. The new system includes the Campbell River Water Supply Centre, a pumping, and treatment facility on the shores of John Hart Lake, 3.5 kilometres of large diameter watermain and a connection to the existing John Hart Pump Station.

“We congratulate the City team for keeping the work on schedule so that BC Hydro can shift water flows from our 70-year-old penstocks to the new underground tunnel,” said Stephen Watson of BC Hydro. “We also developed mutually beneficial solutions over the course of this project to better meet both parties’ needs as we look well into the future.”

The entire drinking water project is valued at $29.1 million, with BC Hydro’s contribution at $18.3 million. The City’s cost to fund the water intake project and additional synergies through water projects completed at the same time was $10.8 million, paid through a combination of water capital reserves and debt from borrowing.

Campbell River, also known as Wiwek̓a̱m to Indigenous populations, distributes potable water for domestic, commercial and industrial use as well as fire protection via watermains running throughout the community and to customers on local First Nations reserves.

The city is located on the east coast of Vancouver Island at the south end of Discovery Passage.