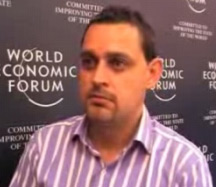 Another study-this time international-has claimed that water is underpriced and overused.

The world simply cannot manage water in the future in the same way as in the past or the economic web will collapse, warns the new report from the World Economic Forum.

As the world economy expands, the report says, demand for water will rise and continue to outpace population growth. The report finds that water has been consistently underpriced in many places around the world and, as a result, has been wasted and overused. The report goes on to say that many places in the world are on the verge of “water bankruptcy” following a series of regional water “bubbles” over the past 50 years that fuelled economic growth.

This leads to a structural problem in the way water is managed across the global economy.

Startling stats:
• By 2025, water scarcity could affect annual global crop yield to the equivalent of losing the entire grain crops of India and the US combined (30 per cent of global cereal consumption). Yet, food demand is expected to grow 70-90 per cent by 2050.

• Energy production accounts for about 39 per cent of all water withdrawals in the US and 31 per cent of water withdrawals in the EU. While only 3 per cent is actually consumed, the competition for access to water between energy and other sectors will intensify over the next two decades. Water requirements for energy production are expected to grow by as much as 165 per cent in the US and 130 per cent in the EU.

• Analyses suggest the majority of the glacial banks of the Himalayas and Tibet will disappear by 2100 under current trends. Further, 70 major rivers around the world are close to being totally drained in order to supply water for irrigation systems and reservoirs.

• Within two decades, water will become a mainstream theme for investors; for many, water is already a better “pick” than oil. With good regulation, this will enable much more financing to be mobilized to invest in water infrastructure and technology. With poor regulation, innovative investment funds in water could expand.

Dominic Waughray, Senior Director and Head of Environmental Initiatives of the World Economic Forum, and lead author of the report said: “The current economic downturn offers an opportunity to start addressing the emerging water crisis. Management of future water needs stands out as an urgent, tangible and fully resolvable issue for multiple stakeholders to engage in.”