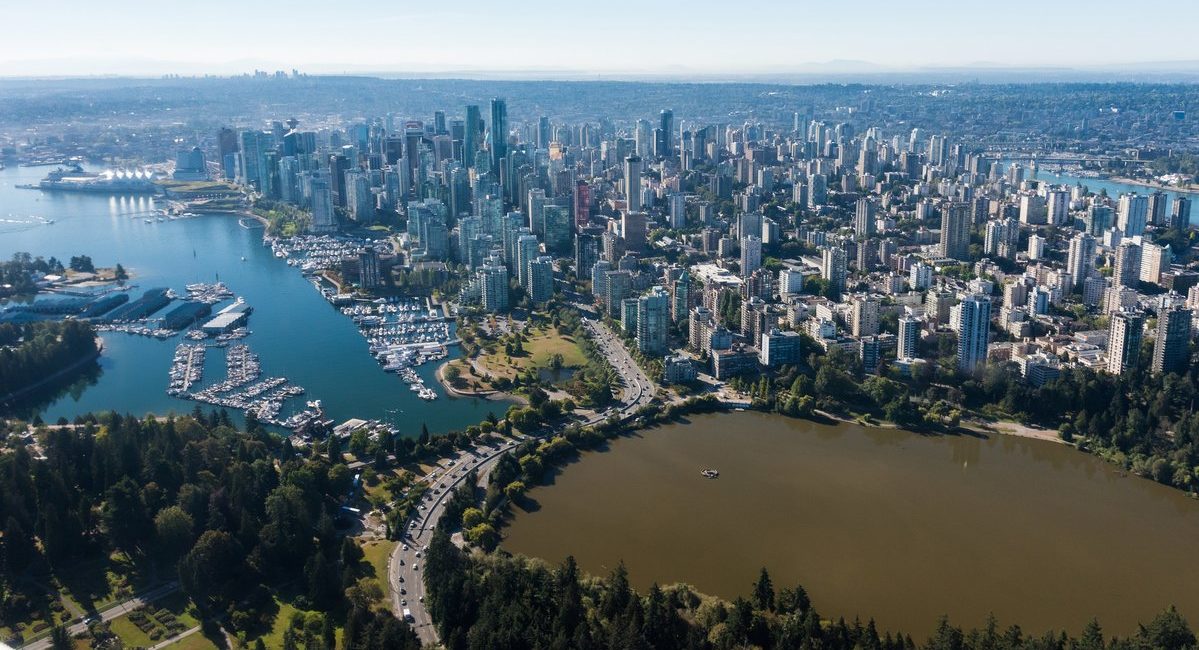 “As residents of a coastal city in a temperate rainforest, we have a deep connection to water in all its forms,” said Vancouver Mayor Kennedy Stewart. “However, as we grapple with climate change and Vancouver continues to grow in the decades to come, charting a new course for the way we manage rainwater will be vital.”

The Rain City Strategy outlines a series of actions to improve water quality in the natural environment, increase the resilience to climate change, and enhance natural ecosystems in the city.

Along a new separated bike lane at Quebec and East 1st Avenue, urban rainwater runoff from the surrounding pavement is directed into underground trenches and bioswales for treatment, infiltration, and uptake by plants and street trees.

This recently-installed demonstration project at 10th Avenue and Yukon below City Hall is designed to help the city better understand the benefits of rainwater capture on four types of roofs: conventional, green, blue, and blue-green.

This rainwater management feature in Hinge park manages 2/3 of the street rainwater runoff from the Olympic Village neighbourhood, while providing rich habitat and biodiversity within the park. Polluted urban rainwater runoff is filtered through the plants and ecology in the wetland to clean it before being discharged in to False Creek.

Another key rain city strategy goal that the city has set is to better manage water accumulation during extreme rainfall to reduce flooding and improve water quality, moving toward the city’s overall goal of capturing and treating 90 per cent of Vancouver’s average annual rainfall.

What Will Updated Guidelines Need to Consider for the Future of Stormwater Management?