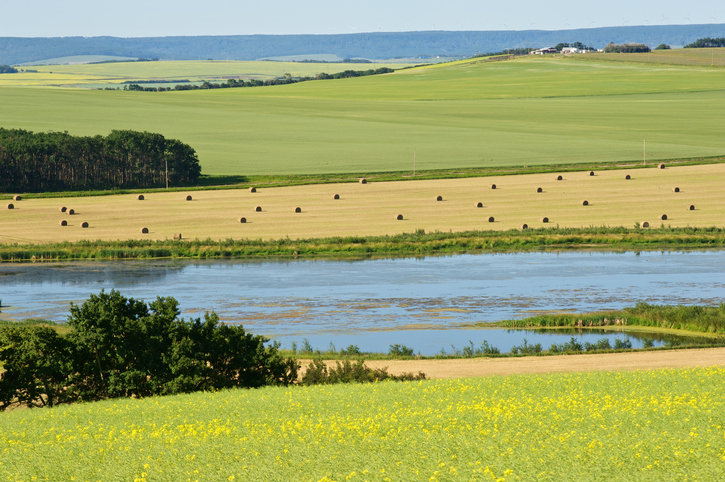 In a new study, Internal phosphorus loading in Canadian fresh waters: a critical review and data analysis, scientists investigated a significant, but poorly understood, process in Canada’s aquatic ecosystems: the recycling of phosphorus between mud at the bottom of lakes and the overlying water.

The process can contribute to the formation of the harmful algal blooms that plague many lakes. Across the country, increasingly large sums of money are invested every year into the management of nutrient pollution, but in some lakes, legacy effects from nutrients deposited years ago can linger and delay recovery.

“Our main goal was to better understand where, when, and why this process occurs in Canadian fresh waters so that we can make improvements to how algal blooms are managed and develop realistic goals for lake restoration,” said lead author Diane Orihel, an assistant professor at Queen’s University. “We need to stop dumping phosphorus into our lakes, because it’s not only causing problems right now, but in many lakes, it continues to deteriorate water quality for our children and grandchildren.”

Jason Venkiteswaran, an assistant professor at Wilfrid Laurier University said, “We rely on phosphorus to fertilize our soils and produce the food the world needs. However, we don’t know how long that phosphorus sticks around in our lakes after we allow it to wash off the land and down our drains. Our work here cautions that we should have different expectations for the recovery of different types of lakes across the country.”

By critically reviewing data from seventy water bodies, the authors found that phosphorus release from sediments is a common phenomenon in Canadian fresh waters, but that rates of this process varied dramatically from lake to lake. “The highest rates of release were found in small prairie lakes in Manitoba, Saskatchewan, and Alberta, while the lowest rates were found in Canadian Shield lakes in Ontario and the Maritimes,” said Nora Casson, assistant professor at the University of Winnipeg.

The authors of this study also identified the key factors controlling this process, such as oxygen, pH, geology, and lake nutrient status, which often acts against the best efforts of lake managers. They also identified areas where there are large gaps in data. Helen Baulch, assistant professor at the University of Saskatchewan said,“There’s a lot more we need to know about internal phosphorus loading, such as if this process is important in the thousands of reservoirs of our country, and we have huge data gaps for this process in our northern lakes that are undergoing rapid change.”