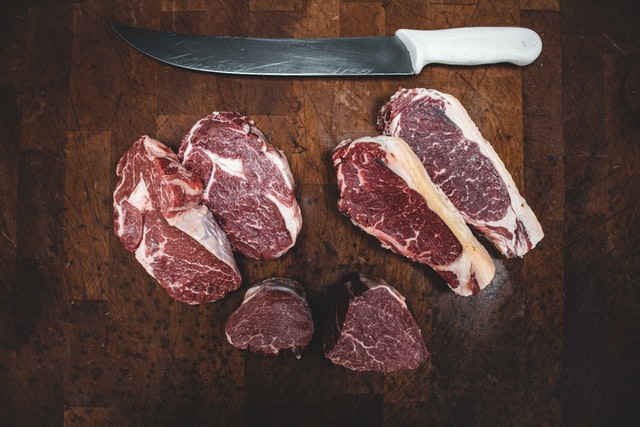 Protein consumption in the United States, from both plant and animal sources, ranks among the highest in the world. The study, published in the journal Frontiers in Ecology and the Environment, said that if Americans ate protein at recommended amounts, projected nitrogen excretion rates in 2055 would be 27 per cent less than they are today despite population growth.

The study is the first to estimate how much protein consumption contributes to excess nitrogen in the environment through human waste. It also indicates that coastal cities have the largest potential to reduce nitrogen excretions headed for their watersheds.

“It turns out that many of us don’t need as much protein as we eat, and that has repercussions for our health and aquatic ecosystems,” said lead author Maya Almaraz, a research affiliate with the UC Davis Institute of the Environment. “If we could reduce that to an amount appropriate to our health, we could better protect our environmental resources.”

The human body requires protein. But when a body takes in more protein than it needs, excess amino acids break it down into nitrogen, which is excreted mostly through urine and released through the wastewater system. This brings additional nitrogen into waterways, which can result in toxic algal blooms, oxygen-starved “dead zones” and polluted drinking water.

The scientists estimated current and future nitrogen excretion exports based on U.S. census population data. They saw an upward trend over time, with exports increasing 20per cent from 2016 to 2055. That increase is associated with population growth, as well as an aging population, which requires more protein to manage muscle loss.

The study found that coastal cities along the West Coast, Texas, Florida, Chicago and especially the northeast U.S. show large potential for reducing dietary nitrogen loading to their watersheds.

Sewage contributes 15per cent of the total nitrogen flux from land to ocean in North America, the study said. Technology capable of removing 90 per cent of nitrogen in sewage exists, but less than 1 per cent of sewage is treated with it due to its expense. Eating a diet that balances protein with the body’s needs can be healthier for humans and reduce nitrogen pollution in the environment without additional wastewater treatment costs.

“It’s interesting to think about possible ways to cut into those nitrogen losses beyond expensive technology,” said Almaraz. “Dietary changes are a healthy and cheap way to do it.”

It was funded by the National Center for Ecological Analysis and Synthesis, World Wildlife Fund, and the Rockefeller Foundation