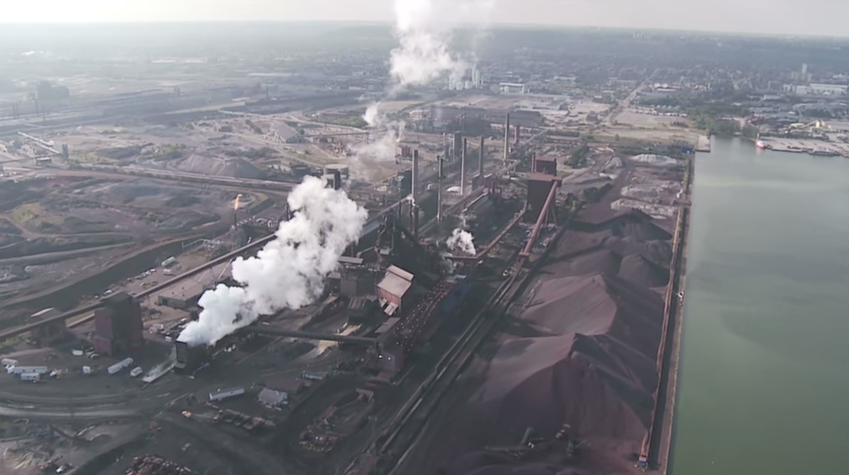 Cleaning up the environment and improving water quality for the benefit of Canadians while creating middle-class jobs remains a high priority for the Government of Canada.

Funding partners of the Randle Reef Contaminated Sediment Remediation project attended the announcement, as well as representatives from the Ontario Ministry of the Environment and Climate Change, City of Hamilton, City of Burlington, Hamilton Port Authority, and Stelco. Project partners also had an opportunity to tour the project site to see first-hand the significant progress already underway.

The awarding of the stage-two contract is a significant milestone for the project and a clear demonstration that the project continues to move forward. As part of this contract, the company will dredge contaminated sediments from the harbour floor and place it into the engineered containment facility, currently under construction in the Hamilton Harbour. Work for stage two is scheduled to begin in the spring of 2018 and is expected to be complete in 2020.

The Randle Reef cleanup is one of the largest remediation projects currently underway in Canada. The Government of Canada is leading the project in partnership with the Province of Ontario, the City of Hamilton, the City of Burlington, the Halton region, Hamilton Port Authority, and Stelco.

Minister McKenna issued the statement, “Awarding the stage-two contract signals the start of the heart and soul of this project—removing and containing contaminated sediment from Randle Reef. I am delighted to mark this milestone in my hometown. With the support of the community and our project partners, our government is making real progress in our commitment to clean up Hamilton Harbour and our Great Lakes and restore this invaluable freshwater resource for all Canadians.”

Ian Hamilton, president and CEO of the Hamilton Port Authority, stated, “When the Randle Reef project is complete, it will change not only the physical landscape and the water quality but also the perception of Hamilton Harbour as a magnificent natural feature of our region. Hamilton Port Authority is proud to be a partner in this continuing journey.”