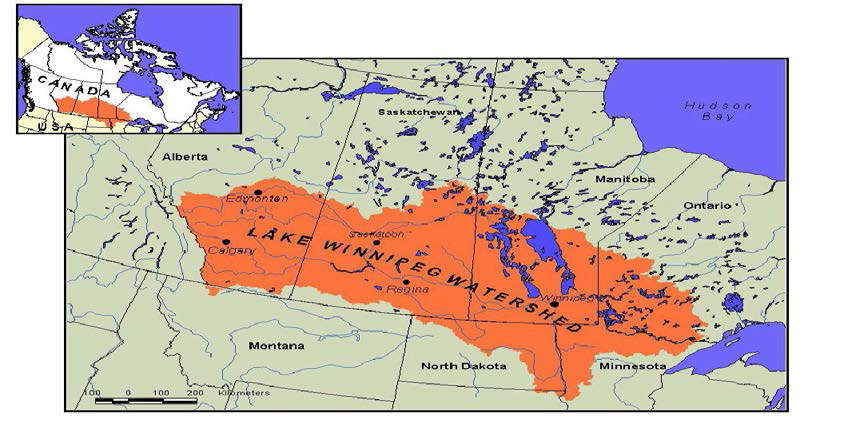 The Minister of Environment and Climate Change, Catherine McKenna, announced that the Government of Canada will invest $25.7 million in the Lake Winnipeg Basin Program, which is part of the $70.5-million funding allocated for freshwater protection in Budget 2017. This program is part of broader efforts by this Government to advance work on freshwater management in Canada.

Minister McKenna said in a press released, “Canada believes that sustained action on Lake Winnipeg restoration is key to the future health of citizens and economic prosperity in this region. Working alongside provincial and Canadian partners, the Government of Canada will continue to promote a renewed freshwater protection approach for the Lake Winnipeg basin.”

The Lake Winnipeg Basin Program will refocus efforts on issues of great importance to Canadians and renew its commitment to protect freshwater in the Lake Winnipeg basin. New programming will focus on three priorities:

Environment and Climate Change Canada will continue to conduct science-based initiatives to reduce the effects of excess nutrients in the lake and its basin. It will also increase engagement and collaboration with Indigenous peoples, the Government of Manitoba, and all other levels of government in Canada and the United States regarding shared water resources in the basin.

The evaluation of phase II of the Lake Winnipeg Basin Initiative has been finalized, and it is now available on the Canada.ca website. Among the findings of the evaluation, the report noted:

New programming will build on Canada’s previous commitment to Lake Winnipeg, and recommendations from this evaluation will be used to make improvements to this next phase of funding.

Lake Winnipeg is important to the Canadian economy, generating millions of dollars of revenue in the hydroelectricity, recreation, and commercial freshwater fishing industries.

Statistics Canada Reports on Canada’s Renewable Freshwater and Water Use

UPDATED: WHO Calls for R&D of New Antibiotics to Combat Resistant...