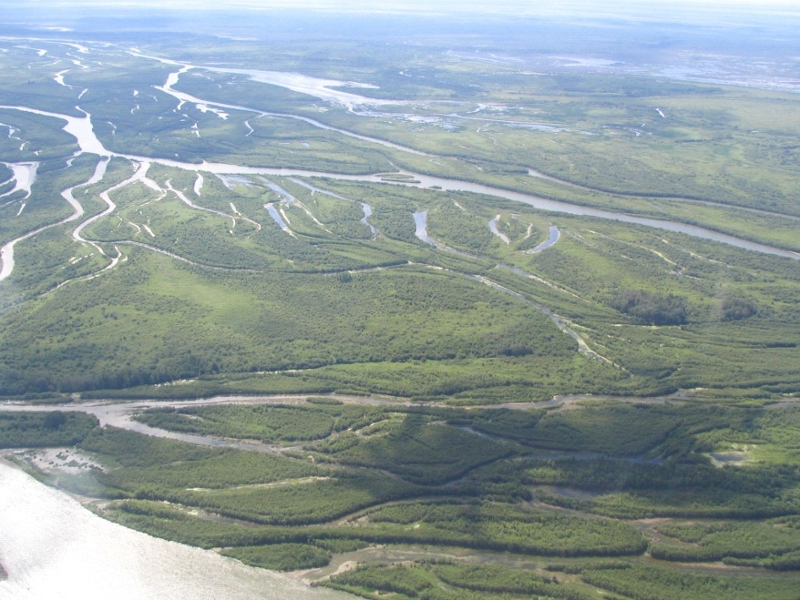 Saskatchewan’s wetlands and North Saskatchewan River have been chosen as a testing ground for new NASA technologies designed to map water in northern environments and around the world.

On July 7th, NASA began flying an experimental radar called AirSWOT to map water levels over Saskatchewan sites. AirSWOT is a prototype sensor for NASA’s forthcoming Surface Water and Ocean Topography (SWOT) satellite mission, which is scheduled for launch in 2021 and will provide a comprehensive mapping of freshwater resources on Earth. The flights will play a key role in NASA’s Arctic-Boreal Vulnerability Experiment (ABoVE), which is flying numerous remote sensing technologies over Canada and Alaska this summer.

“This project will have drastic implications on the way we monitor, observe, and predict the hydrology of this planet,” said Al Pietroniro, adjunct professor with the University of Saskatchewan, Centre for Hydrology and the director of Environment Canada’s National Hydrological Services. “We are looking at a focal point for Canada in hydrology research related to SWOT right here in Saskatchewan.”

The technology used will provide valuable information for understanding the changes to water levels in wetlands, river flow, and permafrost. It will improve models used to monitor droughts and floods, changes in reservoir storage, and allow communities to plan future flow conditions—even when upstream water sources are located in other countries.

The Saskatchewan part of the mission has brought together a team of collaborators from NASA and the NASA Above Programme, Canadian Space Agency (CSA), Centre national d’études spatiales, NASA’s Jet Propulsion Laboratory, Environment and Climate Change Canada (ECCC), University of Saskatchewan, University of North Carolina, University of California Los Angeles, and other researchers.

The first task for the research team will be creating an accurate calibration using on-the-ground measurements in correlation with airborne instruments provided by the Jet Propulsion Laboratory in California. This will determine both the elevation of the river and slope of the bank and ultimately lead to a calibration for the satellite.

“By determining the accurate height and slope of the river, we can try and estimate the velocity and flow in the river reach,” said Pietroniro. “Although not as accurate as in-stream measurements, it will supplement our existing networks. Moreover, many of our targets include lakes and reservoirs. This technology is being tested to help us understand lake level changes across Canada.”

Prairie potholes—thousands of tiny wetland lakes formed by glaciers—around the Saint Denis National Wildlife Area and Redberry Lake, and the North Saskatchewan River near the Petrofka bridge offer researchers ideal locations to study and test of the new radar technology.

ECCC, in collaboration with the CSA and US partners, has established a series of water level gauges along 40 kilometres of the North Saskatchewan River to accurately measure water levels in real-time. ECCC also maintains instrument networks to monitor water levels in thousands of small prairie potholes and Redberry Lake.