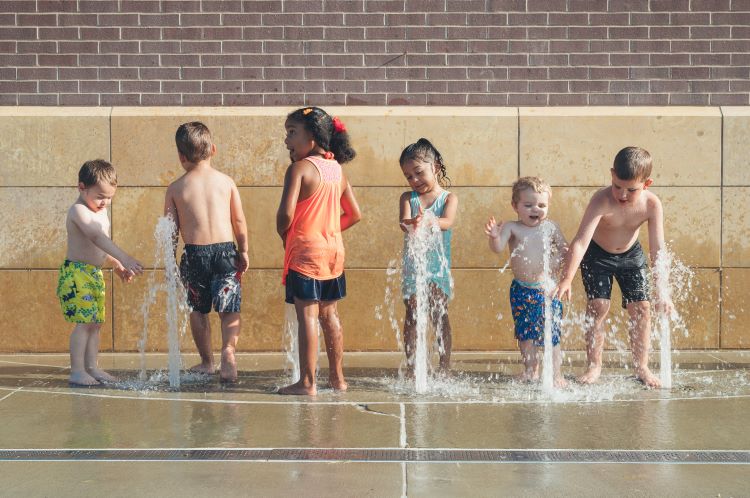 Amid record-breaking heat waves and growing migration into cities, a University of Guelph atmospheric scientist has helped assemble a comprehensive overview of the problem of urban overheating, defining some key ways that cities can adapt as the planet warms.

Dr. Scott Krayenhoff, a professor in the Ontario Agricultural College’s School of Environmental Sciences who studies the effects of urban development on climate, is one of two lead authors on the new paper, which appears in the journal Earth’s Future.

The paper, three years in the making, brings together knowledge from 17 researchers working in such diverse fields as geography, architecture and medicine to find multidisciplinary solutions to mitigate humans’ exposure to heat.

“We know that the world is both urbanizing and warming, and the severity of extreme heat events is increasing,” said Krayenhoff. “The issue of overheating in cities is a pressing one that is likely to intensify.”

It’s estimated that by 2050, as much as two-thirds of the global population will live in cities. That’s an additional 2.5 billion people. By then, the number of heat waves is also expected to increase.

The paper, which brings together expertise from countries including Australia, Singapore, Germany and the U.S., goes beyond a review of existing literature on urban overheating and helps define priorities for researchers and policymakers to address the impacts of heat.

How will cities adapt to rising heat?

The authors provide several recommendations, from modifying city design and urban architecture, to finding better ways to customize communications about the risks of overheating to those most vulnerable.

Urban growth means the addition of more buildings and pavement as well as an increase in “waste heat emissions” from vehicles and buildings, leading to what’s known as “urban heat islands” in which temperatures within a city are higher than in areas outside.

“We need to think about how cities are going to adapt to this reality,” said Krayenhoff. “These adaptations are going to need to take many forms that are best suited to each urban area.”

The authors provide several recommendations to help address and adapt to overheating challenges and cool the built environment in cities. They include increasing “green infrastructure” in cities, such as parks, green roofs and trees to cool areas and provide shade.

Green infrastructure integrated into urban design can improve the walkability of neighbourhoods, which not only gets people out of vehicles that worsen air quality but also helps with acclimatization to the heat and can reduce the risk of heat strain.

Still, planting more trees isn’t always the answer, said Krayenhoff, who has researched the topic extensively. Trees don’t help with heat at night, and they can act as a canopy that traps air pollution and heat if they are not situated appropriately.

“So, it needs to be the right vegetation in the right area,” he said.

“In countries like Canada though, we also need to consider how the adaptations we make for the summer heat will fare through the winter. Not all of these technologies will work in every climate.”

Other approaches can focus on providing urban residents with options for reducing their heat exposure, such as increasing access to “blue infrastructure” for cooling off with water or opening more cooling centres during heat waves.

“Those approaches are particularly important in lower-income areas and in areas where there are many seniors and those living with chronic health conditions. We argue many strategies should focus first on these neighbourhoods with higher densities of heat-vulnerable individuals,” he said.

Better policies to prepare city dwellers ahead of time for heat waves are also needed, said Krayenhoff, including better ways of conveying the seriousness of heat events to those who will be most affected.

“We need warnings that are tailored to different populations based on their risk and their capacity to handle heat. For example, a warning could say: ‘Don’t spend more than 30 minutes outside of air conditioning if you live here and you have these conditions,’” he explained.

“If climate change keeps advancing, our heat waves are going to become more severe and even the best mitigation approaches are unlikely to be enough.”