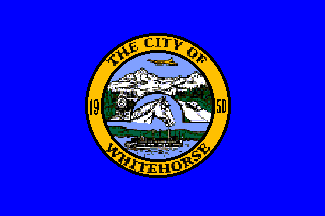 Another group is campaigning for renegotiation of the “outdated” Great Lakes Water Quality Agreement.

Great Lakes United, a cross-border group of 38 leading Great Lakes and St. Lawrence River experts, is urging the U.S. and Canadian federal governments to use this week’s 100th anniversary celebrations of the Boundary Waters Treaty in Niagara Falls, Ontario to revisit the Agreement.

“While officials should be commended for making strides in Great Lakes protection and restoration, the job is not even close to being done,” said Gail Krantzberg, director of the Centre for Engineering and Public Policy at McMaster University. “We urge the Canadian and U.S. governments to take this watershed opportunity amidst this great and historic celebratory time to demonstrate true leadership for the Great Lakes St. Lawrence by committing once-and-for-all to renegotiating the Great Lakes Water Quality Agreement.”

Boundary Waters Week runs this week and celebrates 100 years of cooperation between Canada and the United States in managing the two nations’ shared waters. Events throughout the week culminate June 13 with the official centennial celebration in Niagara Falls with Commissioners from the International Joint Commission, the mayors of Niagara Falls Ontario and New York, and local senior politicians.

A recent report released by Krantzberg and Jack Manno (SUNY) said that the questions of responsibility, leadership and accountability remain as important as how many dollars governments promise for the binational Great Lakes. The prospects for a healthy Great Lakes in the 21st century would be substantially improved by updating and negotiating a new water quality agreement under the historic 1909 Boundary Waters Treaty.

In 2007 the governments of Canada and the United States undertook a binational review of the agreement. Neither government has responded on what will come of the review.