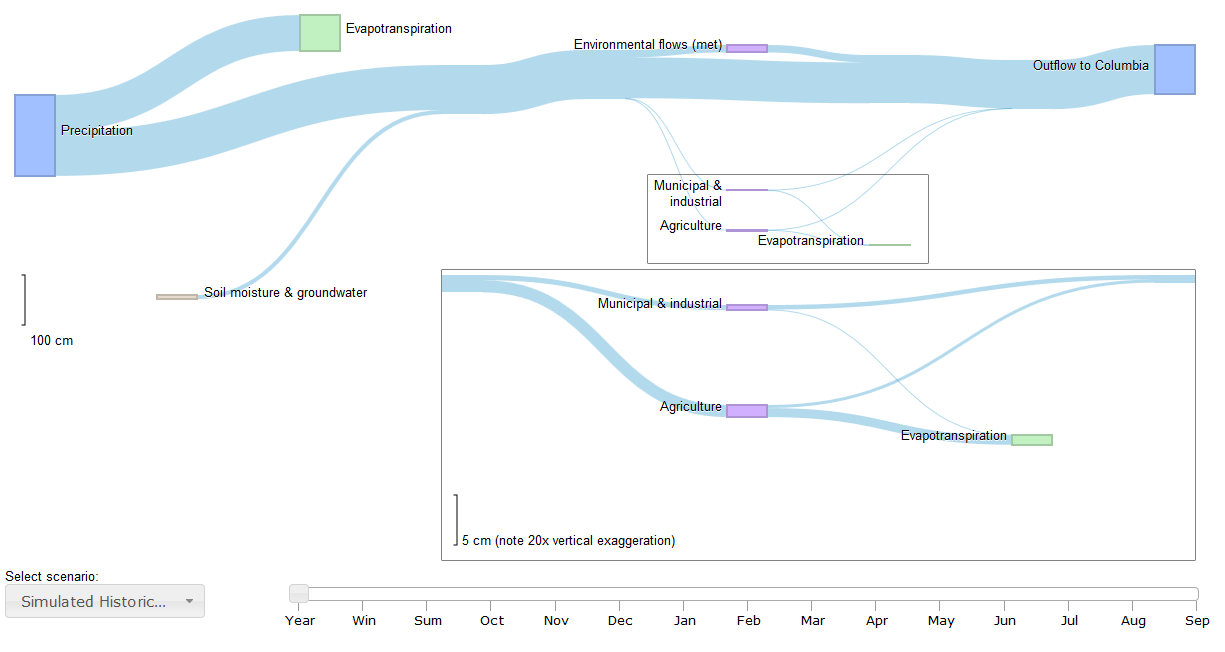 Understanding the fine-level interactions between nature and people is essential in determining whether a region will suffer water scarcity in the future. That’s a key finding of a study titled, Finding Water Scarcity Amid Abundance Using Human-Natural System Models, to be published in Proceedings of the National Academy of Sciences.

Up to 2 billion people around the world face water shortages now and in the future, said the study’s lead author, William Jaeger, an economist in Oregon State University’s College of Agricultural Sciences. Emerging scarcities are tied to factors such as growing populations, rising standards of living, agriculture production, and climate change.

“Recent droughts across the West have underscored the vulnerability of even highly developed economies to water scarcity,” Jaeger said. “And climate change will only heighten the need to anticipate water shortages worldwide.” It’s a daunting task, he said, because the interactions between natural water supply and human water demands are complex, and involve “linkages and feedbacks” that are difficult to anticipate.

The paper draws on a large six-year modelling study, called Willamette Water 2100, that projected water scarcity in the Willamette River basin of western Oregon through the year 2100. Researchers developed a computer model called Willamette Envision to represent the fine-level interactions between the basin’s natural water supply and the human system’s water demands.

“We modelled daily flows of water down to the stream reach and parcel level,” Jaeger said. “We modelled the quantity of water diverted down to a given farmer’s field on a given day, reflecting what that farmer had planted and when, when it last rained, and taking account of that farmer’s likely profits and water right priority. That level of detail is rare in a model, especially having similar detail for both the natural and human parts of the system.”

A key finding of the study was the importance of economics for understanding water scarcity. “Water is highly abundant in the basin overall,” Jaeger said, “But because of the cost to store and transport water, scarcity can occur at specific locations or times, even though excess water can be found at other times or in other locations.”

The modelling turned up some counterintuitive findings, Jaeger said. One was that urban expansion could result in less overall water use, rather than more—because an acre of houses consumes less water than an acre of irrigated fields. “Urban growth and expansion means increased water demand,” Jaeger said, “but our model showed that some or all of this increase could be offset when nearby irrigation is displaced.”

Another eye-opening finding was that the amount of water consumed by forests, and the water left in the streams to protect habitat of threatened fish species under federal law, far exceeds the quantities of water consumed in cities and farms.

In modelling the effects of climate change—an obvious external factor in water scarcity worldwide—the researchers found, again, that the human components of the model, such as economic realities and society’s laws and institutions that can create or block opportunities, make a big difference in where, when and how severely the impacts will be felt.

“You wouldn’t discern the importance of these things from a 10,000-foot view of water in the Willamette basin,” Jaeger said. “That’s why it’s so crucial to look at those fine-level interactions of the human with the natural system.”

Jaeger hopes Willamette Water 2100 will be a model—in the largest sense of the word—for other regions as they anticipate and mitigate threats from water scarcity. “Our project is specific to the Willamette Basin,” he said, “but we think many of our insights could help people in other parts of the world come to grips with the complexity of their own water scarcity issues.”