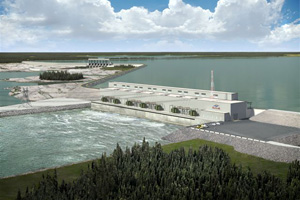 “This is an important project, both for the environment and for the economy, and we will carefully consider the commission’s recommendations,” Mackintosh said.

According to the report, it will take the Keeyask project 100 years to release the same amount of greenhouse-gas emission that a natural gas-fired generation plant would produce in just 177 days of operation.