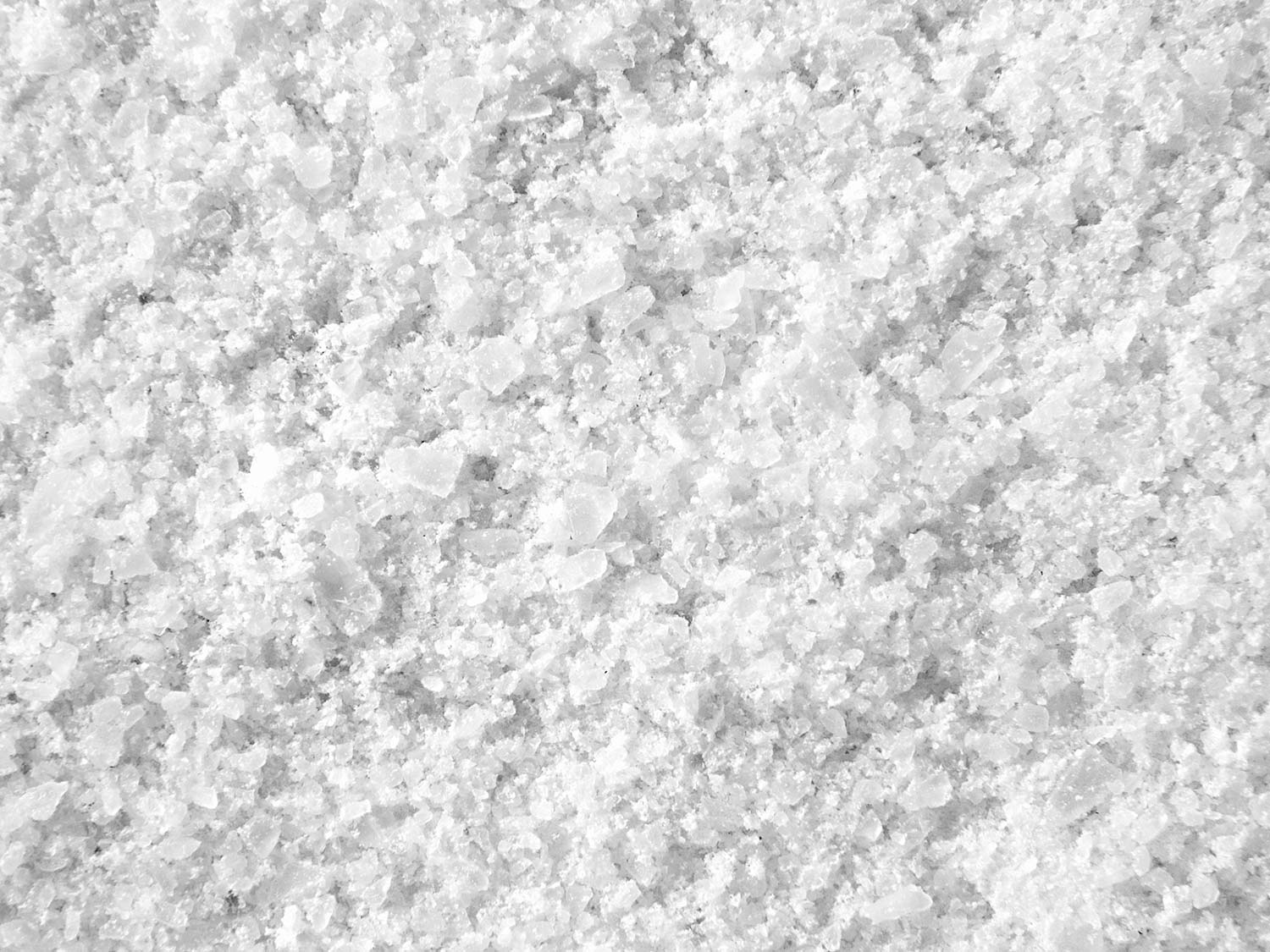 Marshes, streams and lakes lie alongside many of the roads and highways that zigzag across North America. Plants and animals inhabit these water bodies and can be exposed to many of the substances we put on those roads, including road salt.

At high concentrations, salt can be fatal to some aquatic animals. Salt can also change the way the water mixes and lead to the formation of salty pockets near the bottom of lakes, creating biological dead zones.

When the weather takes a wintry turn, many cities and municipalities in North America rely on salt to deice their roads. This rock salt is similar to table salt, made up of sodium and chloride, but coarser. It dissolves quickly on the road, leaving the chloride to enter nearby waters through runoff and leaching. In fact, almost all chloride ions from the road salt eventually find their way into waterways downstream.

At low concentrations, chloride is relatively benign but as concentrations rise, it can be toxic to aquatic wildlife, including the plankton and fish that inhabit inland lakes. These ecological changes affect water quality.

In salt water
One study of North American lakes found that as little as one per cent of the land area within 500 metres of the lake had to be paved (or otherwise impervious) for there to be an increased risk of becoming saltier over the longterm.

Basically, a little development can lead to a lot of salt entering a water body. About 27 per cent of large lakes in the United States are at least one per cent developed along their shores.

A recent study suggests that salt concentrations in many U.S. lakes will fall outside the bounds necessary for healthy aquatic plants, animals and microorganisms—and for good-tasting drinking water—by 2050.

Canada will likely face the same issues. Depending on the severity of the winter, approximately five million tonnes of road salt are applied annually to Canadian roads. Many municipalities in southern Ontario use more than 100,000 tonnes per year.

Road salt applications in Canada began in the 1950s. To fully understand how these increasing chloride concentrations have affected lake ecosystems, we must look back in time. But there’s little long-term data about these lakes for us to look at.

Instead, we examine past environmental conditions by coring into the lake bottoms and using the information preserved in the lake sediments.

A window into the past
Clay, silt, sand, pollen, chemicals and other substances from the surrounding environment accumulate slowly and continuously in layers at the bottom of lakes. That sediment provides a natural archive of past conditions. For example, a layer with a lot of charcoal may indicate increased forest fires in the region.

Scientists use the information preserved in this archive to understand how environmental conditions have changed over long periods of time—from years to centuries.

The Muskoka region of central Ontario—known for its lakes, rivers and cottages—has been applying road salt since the 1950s. The remains of algae and microscopic animals (called zooplankton) contained within the region’s lake sediments show us that changes have occurred in these lakes, coinciding with the onset of road salt applications in the region.

There are more salt-tolerant zooplankton species now than there were before road salt was widely used. The effect of that shift isn’t fully understood. But we do know that when things change at the lower levels of the food web, the effects may be felt through the whole ecosystem.

Consider, for example, a fish that has become adapted to eating one type of zooplankton. If all of a sudden it is replaced by another type—perhaps one that is larger—it may run into trouble.

Chloride can be toxic to zooplankton. At lower concentrations it can have sub-lethal effects—weakening individuals and raising rates of egg mortality. Fish are generally more tolerant to increasing salt concentrations, but the longer they are exposed to high chloride levels, the more toxic it is. Many young fish feed on plankton and if they lose their food source, they will not thrive.

Brine alternatives
Some communities in North America are looking for environmentally safe alternatives to road salt.

Beet wastewater—left over from sugar beet processing—cheese brine, pickle juice and potato juice are some of the unconventional deicers being tested.

The carbohydrates or sugars in beet wastewater make it more effective at lower temperatures than salt water or brine alone, lowering the melting point of the ice to below -20℃ from -10℃ and reducing the amount of chloride applied to the road.

But there are downsides. Some communities dislike the smell of the beet wastewater, which people have likened to soy sauce, molasses or stale coffee. It also adds sugar to aquatic ecosystems, which may encourage bacterial growth.

Instead of using salt and salt additives, some engineers are experimenting with roads that clear themselves of snow and ice. Early tests have suggested that solar panels could replace asphalt to melt ice and eliminate the need for road salt, by heating water in pipes embedded in the road.

Others are looking for more effective ways to use rock salt—and reduce the amount that enters water ecosystems. A significant portion of rock salt bounces off the road when it’s applied so trucks tend to apply more than necessary. Wetting the pavement and applying brine solutions help the salt adhere to the road, meaning cities and municipalities can cut back on how much they use.

Scientists are also helping to figure out how much salt our lakes can handle, which species are at risk and which lakes are most sensitive to road salt exposure to find a way to keep humans safe on the road and plants and animals safe in our lakes, streams and wetlands.

Bishop BioCord™ Reactors to be Distributed in Chile by Novatech

ABOUT US
Thousands of readers turn to Water Canada for exclusive, insightful content that speaks to Canada’s water expertise, connects the country’s decision-makers, and promotes better water management and stewardship of our most important natural resource.
FOLLOW US
© © Copyright 2019 Water Canada |