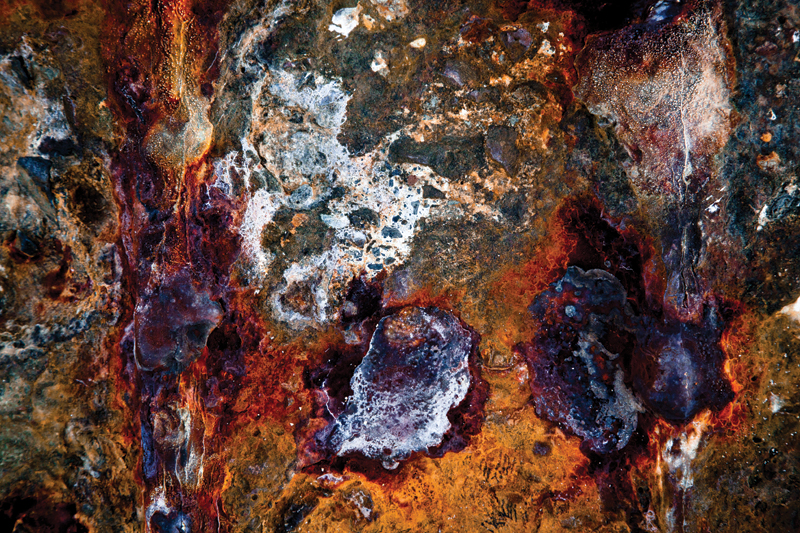 Ontario’s Grand River watershed is home to what might very well be the hardest groundwater in Canada. At its highest, it can be 960 parts per million (ppm) or 56 grains per U.S. gallon, which is well above the hardest water classification, according to the Canadian Mortgage and Housing Corporation (see Table 1).

As a result, approximately 72 per cent of the homes in the area have ion exchange water softeners. In the Region of Waterloo, it is estimated that 134,723 household water softeners use at least 2,753,738 cubic metres of potable water and 44,700 tonnes of salt per year for softener regeneration.

While the City of Guelph and Region of Waterloo utilities want to ensure that their customers have access to the best possible water quality, there is also a significant push to conserve limited groundwater resources and protect the watershed. With so many households using softeners, the two councils decided that they should have details about sodium chloride discharge and its potential impacts on the watershed. More specifically, of the softeners available, which performs most efficiently when it comes to effectiveness, cost and energy savings, and environmental impact?

As Steve Gombos and his team discovered, there is not much third-party information available about water softeners. “In fact, we couldn’t find any third-party test results, and there was no real performance benchmark aside from the NSF/ANSI 44 standard,” says the manager of water efficiency for the Region of Waterloo.

Due to lack of data, the team proposed a softener test to see how different brands perform. They built a test rig at Waterloo’s William Street Pumping Station—what Gombos calls “a very unique environment”—using some of the Region’s hardest water. After the groundwater was treated to drinking water standards, the team ran samples through the softeners.

Based on the test’s methodology, all of the softeners performed fairly well. “They’re a lot more efficient than the old clock-based systems out there,” Gombos says. But, while each softener met the NSF/ANSI 44 voluntary performance benchmark, he adds that there’s plenty of room to raise the bar.

In order to get the wheels in motion, the team decided to publish the results. Waterloo and Guelph jointly launched a website (watersoftenerfacts.ca) and have received good feedback from customers that now have the data to make more educated decisions about their softener purchases. Gombos has seen positive feedback from outside of the community, too. “We’ve had calls from all over North America,” he says. “Companies that make softeners have contacted me. A few companies that make softeners have built their own test rigs and done what we did.” George Brown College’s plumbing program also has plans to replicate the test rig.

Even local water softener suppliers are positive about the study. “They only get this kind of information on a limited basis,” Gombos says. “They usually see test results for their own units, but there’s no comparison to others. Local retailers are quite interested to see how their products match up with others in the region.”

The study is also boosting sales. Darryl Chobotiuk, president of ACi Distributing Inc., claims that the results of the Guelph/Waterloo study have sent sales for his softener through the roof. “The report was very influential for consumers,” he says. “That particular product has tripled in sales since March.”

While Chobotiuk’s product won points for efficiency, some believe that water softeners do more harm than good, and it all comes down to salt. According to the CMHC, there are concerns about the effects of sodium chloride in relation to hypertension, kidney disease, and congestive heart failure. The high sodium content of the softened water can also affect the growth of grass and vegetation. Additionally, the discharge from these units contributes to total dissolved solids in the receiving waters, water quality for reuse by other communities, farmers, and industries.

When the Guelph/Waterloo team shared its test results with the U.S. Environmental Protection Agency’s WaterSense group, says Gombos, the EPA issued a notice of intent to develop similar tests. However, the project is now on hold due to concerns that the results might promote sales in jurisdictions that are currently trying to ban water softeners. In U.S. jurisdictions that have banned salt-based water softeners, some recommend using a catalytic water conditioner that reduces scale without the use of salt and chemicals. Others recommend using exchange tank services for monthly salt disposal.

At this point, there are no plans to replace water softeners in the Grand River watershed—not yet, at least. “We’re monitoring alternative technologies to prevent scale buildup,” says Gombos. “For the most part, these technologies claim to be able to keep calcium and magnesium suspended in the water so that they don’t calcify on water heater elements. At this point, however, our research is inconclusive.”

For now, the team’s goals remain the same: conserve water, make processes efficient, and cut down on the amount of salt entering the watershed.  WC

Note: Water Canada has received several offline comments about this study. What are your thoughts? We’d love to hear them.