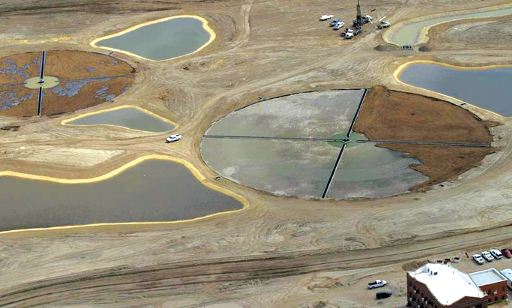 Picture a wetland treatment system. Do you see the man-made equivalent of a natural marsh-open water with some cattails and maybe a few ducks? If you apply a harsh Canadian winter, you might picture this scene as a giant ice cube. But many people are surprised to learn that constructed wetlands are used throughout the country, even in Nunavut.

Wetland systems are mechanically simple, but biologically complex. They can perform a variety of treatment reactions with little or no operator input, and operate at high treatment efficiency. Combining the benefits of high efficiency and low operations and maintenance has led to the use of constructed treatment wetlands for applications as diverse as potable water pretreatment, stormwater management, municipal wastewater, acid mine drainage, aircraft deicing runoff, and groundwater remediation, to name a few.

The cost benefits of treatment wetlands can be summed up in a simple phrase: plants and bacteria work for free; people and machines don’t.

Types and applications of constructed wetlands

The cattail marsh scenario is only one type of constructed wetland. These open-water marsh systems (commonly referred to as “free water surface wetlands”) were originally developed in North America during the 1970s. A very different concept-gravel bed constructed wetlands-was being developed at this same time in Europe. In these designs (commonly termed “subsurface flow wetlands”), water moves laterally through a gravel bed planted with wetland flora. Water is kept below the surface of the bed and isn’t exposed during the treatment process.

Eventually European design concepts were introduced into North America, although wetlands were still mainly seen as a warm-climate treatment option. The next stage of technology development occurred in the 1990s, when research projects in Norway, Minnesota, Michigan and Ontario began to track water and air temperatures in constructed wetlands.

Scientists learned that it was possible to track energy flows into, and out of, wetland treatment systems.  During these energy accounting projects, the beneficial insulating effect of snow and plant detritus quickly became apparent, as this limits heat loss to the air and allows recovery of heat from the ground. The picture that emerges is fairly simple. Above 0oC, water temperatures in wetlands closely track air temperatures, but in the winter, water temperatures are buffered by insulating layers and the water/ice phase change energy.

The water temperature model suggests several different operational strategies. One approach is to focus on the warm part of the temperature cycle. A combined approach of ponds and wetlands allows water to be treated in the ponds and then discharged to a free water surface wetland during the summer months. The free water surface wetland can be designed for wildlife habitat and other ancillary benefits. This type of pond/wetland approach has been successfully implemented in a number of wetland projects, especially in Manitoba, Saskatchewan, and Alberta.

With a high enough flow rate, or areas with milder winters, free water surface wetlands can operate with the insulation provided by an ice and snow cap. This has been done in Atlantic Canada, southern Ontario, and British Columbia.

But what if there isn’t any snow? In horizontal subsurface flow wetlands, water is not exposed during the treatment process. By the late 1990s, wetland designers in Minnesota placed a layer of mulch (peat or compost) on top of the gravel bed to act as insulation during the winter months.

Insulating subsurface flow constructed wetlands was a radical idea a decade ago, but thermal studies and research papers have demonstrated that it is a simple and effective strategy for southern Canada and the northern United States. Energy balance equations determine the amount of insulation necessary to keep the wetland from freezing, much as you would decide to add another layer of insulation to the attic of your house.

In permafrost conditions, the wastewater infrastructure picture changes radically. Pipes must be above ground and heated. Many communities don’t have a centralized sewer system and sewage is transported by pumper trucks. Sewage accumulates as ice for most of the year and is released during a short melt event coupled with intense biological activity in the day-long sunlight during the arctic summer.

Wetlands can be part of the ultimate strategy of trading land for mechanical complexity. Commonly termed seasonal arctic wetlands (SAWs), these systems utilize overland-flow wetlands to treat melting sewage during the summer months. SAWs are typically active for only three months of the year, and they’re much larger than other types of constructed wetlands. However, for many communities in Northern Canada where land is plenty, there are benefits to not having to rely on complex mechanical systems for wastewater treatment.

Operational experience over the last decade has shown that there are several different types and applications of wetlands suitable to the Canadian climate. One of the simplest approaches is seasonal treatment, using a combination of ponds and free water surface wetlands. This strategy works well when land is not a limiting issue, and a very simple treatment process is desired.

In year-round wetland treatment, insulated subsurface flow wetland beds are an option. Using energy flow information allows wetland designers to calculate the thickness of the “insulating blanket” of mulch needed to keep the wetland bed from freezing. In the extreme of permafrost conditions, seasonal arctic wetlands represent the ultimate strategy of trading land for mechanical complexity, as these systems are only operational for a few months in the summer.

One of the real benefits of the advances in constructed wetland technology has been the measurement and assessment of the linked biological and chemical cycles that occur in wetlands. These tools are now being applied to different types of constructed wetlands to determine correct sizing parameters, allowing treatment wetland systems to protect human health and the environment. Treatment wetlands represent green infrastructure, proving a long-term sustainable wastewater management appropriate to communities throughout the country.

Scott Wallace, P.E., is a principal with Stantec Consulting. He’s an expert on constructed wetland design and consults on a wide variety of projects throughout North America.