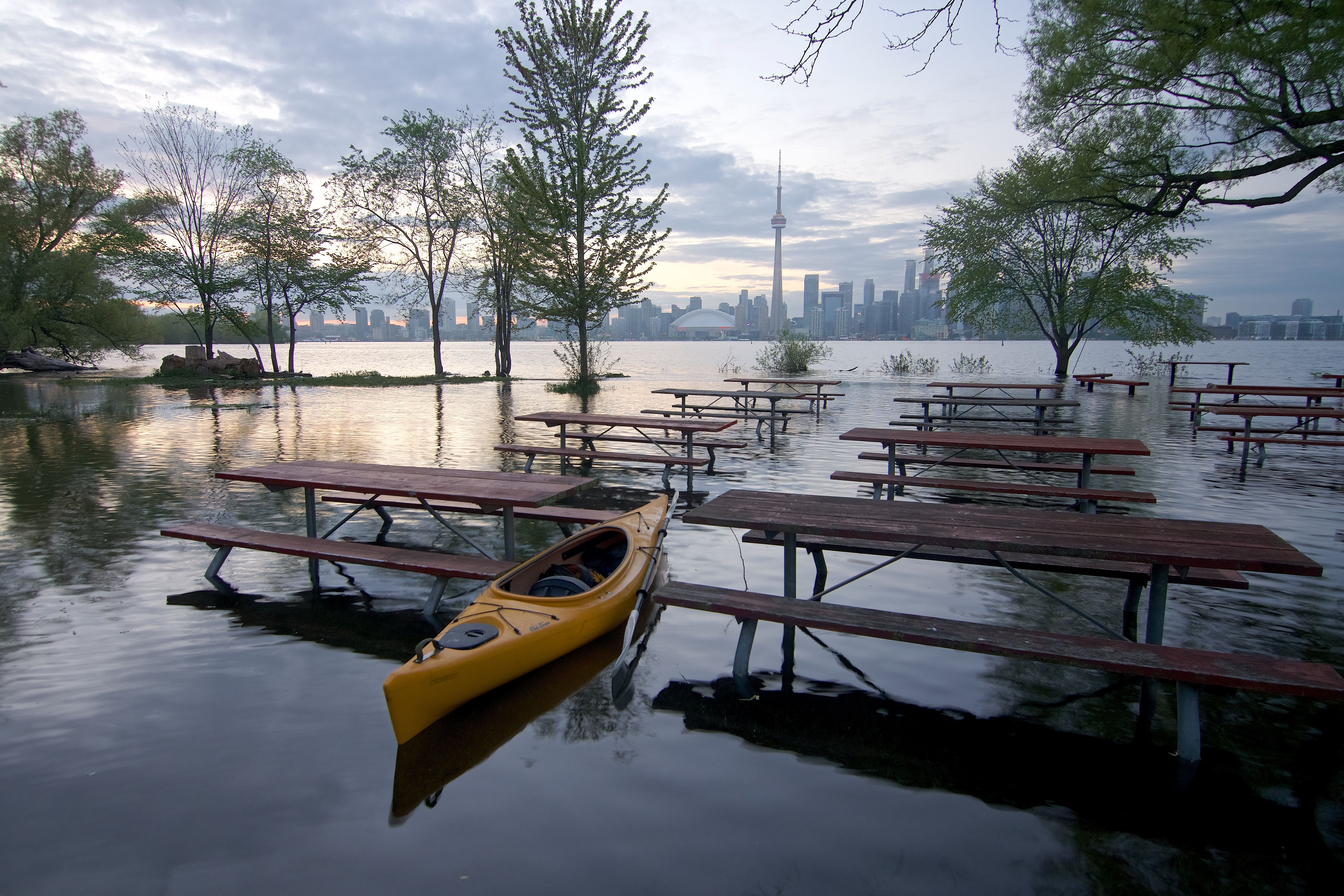 Yesterday, the Environmental Commissioner of Ontario, Dianne Saxe, released a report on climate action in Ontario, which provides evidence of the impacts a warming climate has on provincial waters, and calls the province’s new climate law “much too weak.”

With the release, Saxe said that the province must have a climate change law that drives down emissions while funding sensible solutions. Climate Action in Ontario: What’s Next? shows why Ontario’s greenhouse gas (GHG) emissions went down from 2005 to 2016. But the report addresses the provincial government’s recent halt to climate programs as potentially initiating a reverse to that trend, discarding the lowest cost pathways to a sustainable economy.

“Ontario has gutted most of its climate change programs,” said Saxe. These programs were starting to bring Ontario many benefits, Saxe’s report shows. “Most of the cap and trade money was funding energy efficiency programs in Ontario communities—in schools, public housing, transit, and hospitals, for example—that would have reduced GHGs and saved millions of dollars in energy costs.”

“Dismantling a climate change law that was working is bad for our environment, bad for our health, and bad for business,” said Saxe.

The report lays out the known impacts of warming climate, which included winter flood events that overwhelm stormwater and wastewater infrastructure, causing direct sewage discharge into rivers and lakes. Saxe’s report also detailed the plight of First Nations communities along the James Bay coast who have had to evacuate their lands due to winter flood events caused by heavy rains and early river ice breakup.

“The Cap and Trade Cancellation Act, the government’s proposed replacement climate law, is much too weak,” said Saxe. “A meaningful climate law needs science-based emissions budgets, a legal obligation to stay within those budgets, and credible, transparent progress reporting.”

The report argues for a large swathe of adaptation measures, in addition to climate impact reductions, including “building or updating roads and bridges to withstand more frequent freeze-thaw cycles and more intense rainfall events; and preserving wetlands or other natural features to help absorb rainwater and snowmelt and reduce stormwater runoff.”

“Ontario can still choose sensible solutions that help families make ends meet while bringing climate pollution down. Polluter-pay tools, for example, give people more choice and a fair reward for reducing their emissions, and can help reduce other taxes they pay,” said Saxe.

The Cap and Trade Cancellation Act (Bill 4) is posted for public comment on Ontario’s Environmental Registry. Saxe encouraged all Ontarians to comment on the proposal by the October 11th deadline.

Saxe also reports that the government is not getting ready for the climate change impacts that Ontarians are starting to see. Extreme weather didn’t start with climate change, but climate change means that we can expect wilder, warmer weather—stronger storms and heavier flooding, punishing heat waves, and more health risks. Government-funded infrastructure is being built for a climate that no longer exists. And up to 10 per cent of Canadian properties may soon be too high risk for private sector insurance if measures aren’t taken to lower flood risk.

“It will cost much more if Ontario doesn’t start getting ready, and no one is sure who will pay,” said Saxe. “Ontarians tell me they are ready to act on climate change, but the government needs to lead. Our window for action is closing—soon it will be too late.”

Climate Action in Ontario: What’s Next? can be downloaded at eco.on.ca.