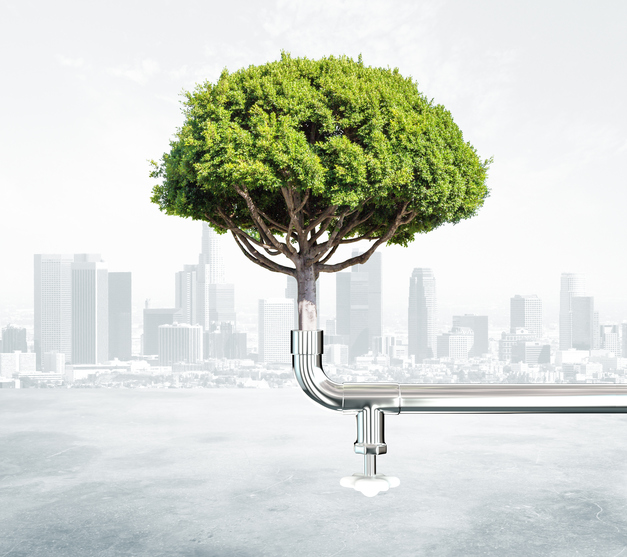 “It is a great honour to be selected among such a prestigious group of global clean tech companies,” said Jonathan Rhone, president and CEO of Axine. “This recognition launches a pivotal year for Axine as we accelerate commercial deployment that will disrupt the industrial wastewater market.”

In late 2016, Axine received $8 million in venture capital from Asahi Kasei Corp. Commenting on the investment to Water Canada, Rhone said: “There is no question about it, the products we manufacture today are much more complex from a chemical standpoint. Complex organics, recalcitrant polymers, surfactants, and toxic organics are creating waste streams that are much more complex than has traditionally been the case […] Water decontamination today requires a rethink.”

Saltworks announced in October the accelerated commercialization of its Ammonia Splitter technology after receipt of funding from Sustainable Development Technology Canada. The process operates under conditions that conventional ammonia capture technology does not; it’s insensitive to temperature, salinity, or varying ammonia loads.

The list also captures other Canadian innovators, such as Trevor Hill, chairman and CEO of FATHOM, a cloud-based software-as-a-service provider for the water industry and General Fusion, which combines innovative plasma reaction processes with conventional steam turbine technology to generate energy. Cleantech 100 innovators in the water sector include Organica, a company that develops complex flora-ecosystems to treat activated sludge and has its Sechelt project in Vancouver; RayVio, which produces a UV disinfection technology with applications in water; and Adionics, providing desalination technology for municipal and industrial application.

“As the Global Cleantech 100 program reaches its eighth year,” said Richard Youngman, CEO, Cleantech Group, “we see more signals of the ongoing mainstreaming of clean technologies, sustainability, and resource efficiency on its journey towards the point where this is just the normal way business is done.”

The full Cleantech 100 list is available through the link. Learn more about Satlworks’ ammonia technology through Water Canada’s October story and read about the internet of things and big data in water management from Trevor Hill of FATHOM.