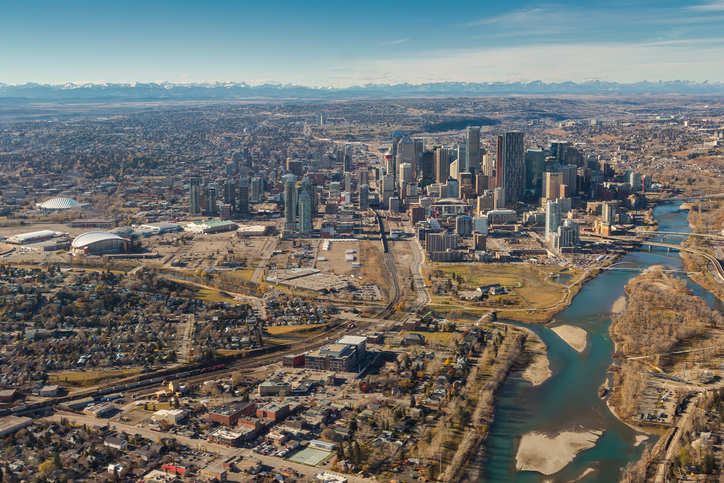 Six provincial grants are part of $63 million earmarked in Budget 2017 to help Alberta communities and organizations adapt to severe weather events and a changing climate.

The projects will protect downtown Calgary and neighbouring communities during flooding and stormwater events. Approximately $9.8 million will go to two pump station projects in Calgary’s Sunnyside neighbourhood and to the construction of a new flood-dedicated pump station.

Commenting on the provincial funding, Mayor of Calgary, Naheed Nenshi said, “Flood mitigation is our top capital priority at The City of Calgary. We must do all we can to protect our citizens and our economy. This funding from the Government of Alberta will help us immediately build additional flood resilience infrastructure on the Bow and Elbow Rivers.”

Another $1.7 million will be directed to flood resilience improvements at a sanitary lift station in the Roxboro neighbourhood, while the West Eau Claire flood barrier will get another $740,000. An additional $567,000 will support improvements to the Harvie Passage site, which will allow open-gate conditions to reduce risks to Inglewood, the Calgary Zoo and the Deerfoot LRT line.

The City of Calgary will also receive $522,500 through the Watershed Resiliency and Restoration Program, which funds the improvement and creation of wetlands, restoration of riparian areas, as well as education, outreach and the implementation of best management practices.

“Calgarians know from experience how quickly floods can disrupt their lives. We’re protecting people where they live and work through a 10-year, $150-million investment in flood mitigation projects in the city,” said Shannon Phillips, Minister of Environment and Parks.

Money will also be invested in a soil bio-engineering demonstration site along the Bow River to show how riverbanks can be stabilized using willows and other native plants. Another $3 million will support non-governmental organizations, including $1.25 million for Watershed Planning and Advisory Councils. The Bow River Basin Council will receive a $235,000 grant to design and construct a naturalized stormwater retention facility to promote low impact development practices.

“Flood protection isn’t about fighting nature. A healthy ecosystem is really our biggest ally when it comes to flood and drought mitigation. This funding allows organizations like ours to harness natural processes to make a real difference,” said Mark Bennett, executive director, Bow River Basin Council.

Since 2015, the province has provided more than $160 million through the Alberta Community Resilience Program. Grants have gone toward flood barriers, erosion control, stormwater management, safeguards for critical municipal water management infrastructure, and other high-priority flood mitigation projects in 40 municipalities and two First Nations.

Through four rounds of funding, the Watershed Resiliency and Restoration Program has provided more than $22 million to fund the enhancement and creation of wetlands, restoration of riparian areas, as well as education, outreach and the implementation of best management practices.