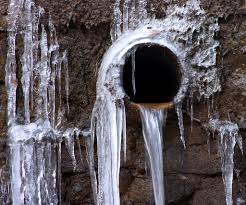 Winnipeg city councillors have voted in favour of declaring the ongoing frozen water pipe crisis a disaster, a move that will allow it to apply for disaster financial assistance from the federal and provincial governments.

The two councillors who voted against the motion, Scott Fielding and Justin Swandel, said the move is premature, but 13 councillors—including Winnipeg Mayor Sam Katz—disagreed.

Katz said it is still too early to know exactly how much frozen pipes will cost the city, but he guessed it will run upwards of $3 to $5 million. As a result, he said the city should get its request in now.

“We should go forward and ask for this and wait for a response,” he said. “We don’t gain anything by waiting. We lose nothing by going forward right now.”

Katz bristled at the term ‘disaster.’

“I think there’s a misconception,” he said. “You don’t need a disaster. You need a unique set of circumstances, which is exactly what we have.”

The province says it will consider Winnipeg’s request. The request would have to meet the criteria outlined under the federal Disaster Financial Assistance regulations set out by Public Safety Canada.

A spokesperson for Premier Greg Selinger said, “There is no question it has been a very difficult winter for many families and businesses dealing with frozen pipes.”

Councillors also voted to reimburse residents who paid to have the city thaw their pipes. The city charges $305 for this service, and property owners who hired private contractors to do the work will be reimbursed to a maximum of $305. The reimbursement will appear as a credit on water bills.—Kristen Curtis