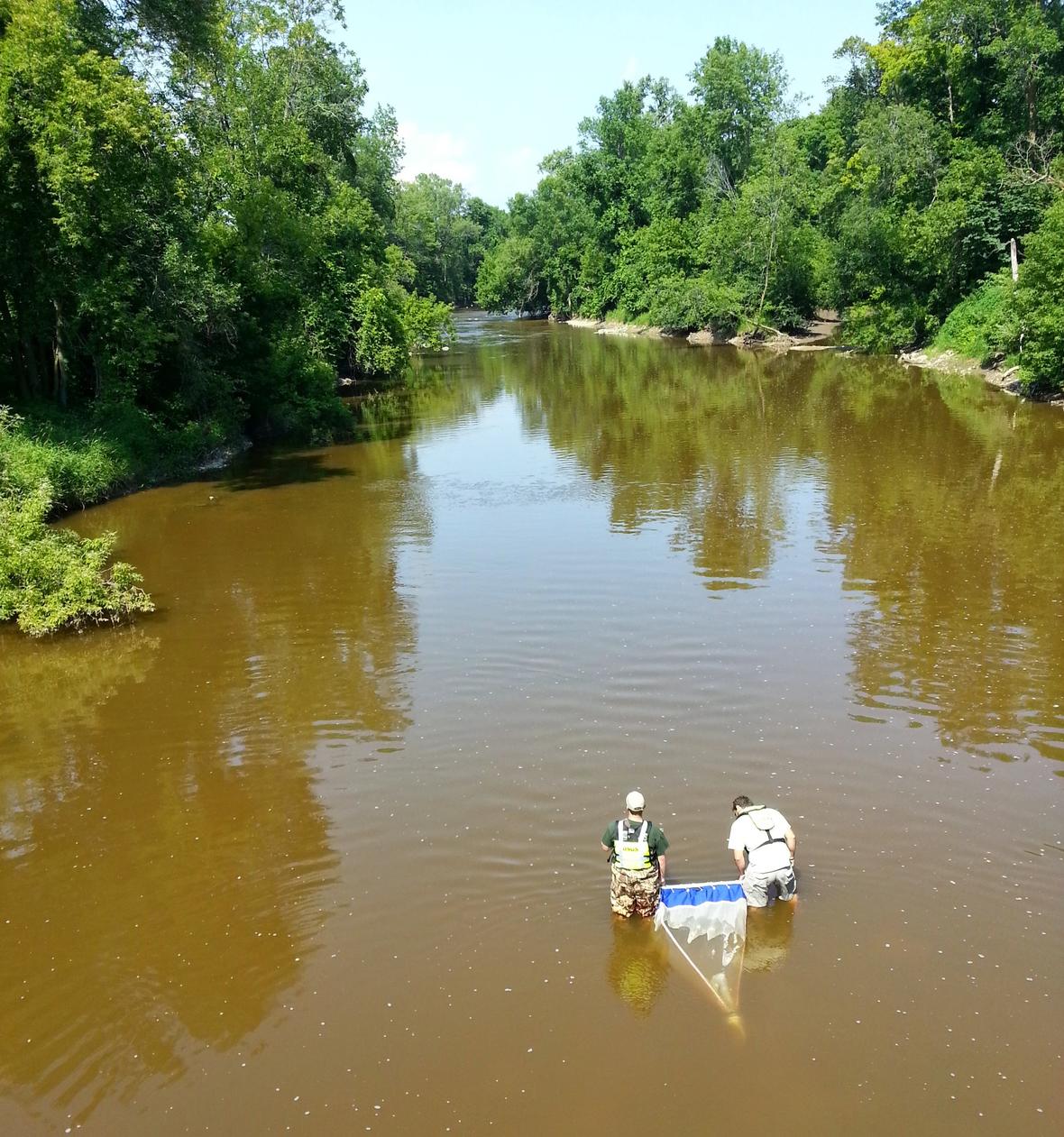 Tiny pieces of harmful plastic, called microplastics, are prevalent in many rivers that flow into the Great Lakes, according to a study published todayin the journal Environmental Science & Technology. Results are also illustrated on a new USGS microplastics website.

Microplastics fall off decomposing bottles and bags, wear off of synthetic clothing and are manufactured into some toothpastes and lotions. Scientists with the U.S. Geological Survey (USGS) and State University of New York at Fredonia studied 107 water samples collected from 29 Great Lakes tributaries in Minnesota, Wisconsin, Indiana, Michigan, Ohio, and New York, and found microplastics in all samples. Together, these 29 tributaries account for approximately 22 percent of the total river water that flows into the Great Lakes.

“These microplastics, which are harmful to animal and possibly human health, will continue to accumulate in the Great Lakes well into the future,” said Austin Baldwin, a USGS scientist and the lead author of the report. “Our findings can help water managers better understand the types and sources of microplastics in rivers, and which rivers are the most polluted with microplastics.”

Baldwin noted that the study underestimates the actual microplastic concentrations in the rivers because the scientists sampled large microplastics greater than 0.33 millimeters (mm). The majority of microplastics are smaller than 0.1 mm.

Key findings from the study include:

The scientists found various forms of microplastics in the river samples: fibers, fragments, films, foams, and pellets or beads. Plastic fibers, which come from items such as synthetic clothes, diapers and cigarette butts, were the most common type detected, at 71 percent of the total particles. The least common form found in the river water was microbeads, which are the only form banned by the United States Congress. This ban has not yet taken effect.

“We were surprised by the small amount of plastic beads and high amount of fibers found in the samples,” Baldwin said. “These unexpected findings demonstrate how studies like ours are critical to better understanding the many forms and fates of microplastics in the environment.”

Ingested microplastics can cause digestive and reproductive problems, as well as death, in fish, birds and other animals. Unhealthy additives in the plastic, including flame retardants and antimicrobials, have been associated with cancer and endocrine disruption in humans. Also, pollutants such as pesticides, trace metals and even pathogens can accumulate at high concentrations on microplastic particles.

Scientists have found microplastics nearly everywhere. Aside from rivers, microplastics are also common in lakes and oceans, in freshwater and marine fish, oysters and mussels, and in sediment. They are deposited onto land and water surfaces from the atmosphere.