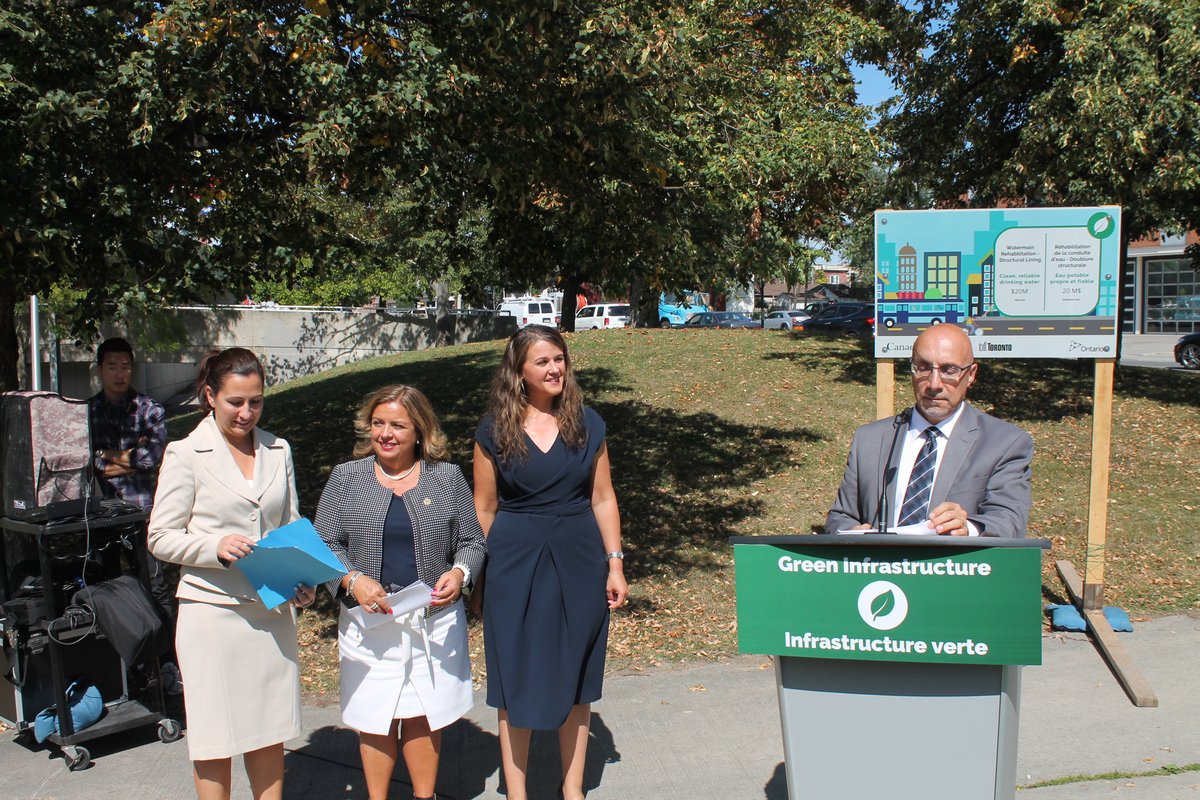 The governments of Canada, Ontario, and the City of Toronto announced a $20 million investment the structural relining of watermains in Toronto, approved under the Government of Canada’s Clean Water and Wastewater Fund (CWWF).

These investments safeguard the health and well-being of residents, protect waterways and preserve local ecosystems.

The project will clean and install a structural lining to the interior of 17 kilometres of watermain pipes, in 29 locations across Toronto and will improve water pressure, flow, and extend the service life of these watermains at less cost than replacement.

Di Gironimo told Water Canada that, “Structural relining of watermains is an alternative to full watermain replacement.” He added, “It is done by lining the existing pipe to create a standalone, structurally sound liner, which will have a service life of approximately 50 years. Small excavation pits are used to access the pipe.”

He noted that there are many benefits of structural relining over full pipe replacement. “There is no need to excavate an entire road section as the pipe can be rehabilitated while in place; it keeps traffic and all other construction related disruptions to a minimum; there are substantial economic savings—up to 50 per cent savings compared with full replacement; and individual water services do not have to be excavated.”

He added that the newly rehabilitated areas would be supplied with water and fire protection via a temporary by-pass system with a minimal disruption of water service to residents.

In a news release, Bailao stated, “The City of Toronto is committed to making smart investments to renew our infrastructure. The technology of relining watermains to extend the service life means clean reliable water for our residents and businesses while keeping both infrastructure costs and traffic—as well as other construction related disruption—all to a minimum. We appreciate the support of our provincial and federal partners and their commitment to important infrastructure projects like this.”