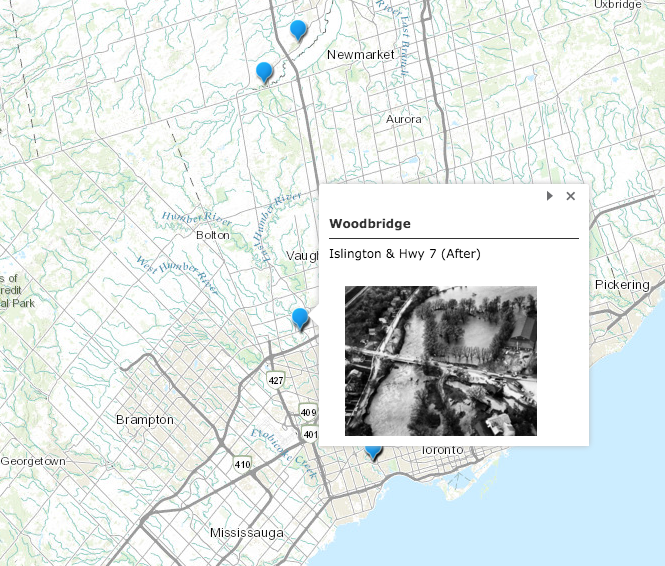 More than 60 years ago, Hurricane Hazel devastated Toronto and area. Lives were lost, properties destroyed, and history was written.

Now, Toronto and Region Conservation Authority  (TRCA) has launched an online tool to share the city’s story of flood management and how urban centres prepare for and cope with flooding from severe storm events.

The new tool called, ‘Toronto—A City of Rivers’ uses GIS (Geographic Information Systems) technology combined with written narratives to craft an interactive story of how the city’s approach to flooding and flood management has gone through a significant period of evolution.

From early days where people’s homes once rested precariously on the banks of Toronto’s rivers, to present day where river valleys are protected spaces, TRCA demonstrates that the organization’s understanding and approach to flood management has evolved.

“The GIS story map, ‘Toronto—A City of Rivers’ is a visually stunning and interactive story that creatively tells us what we’ve learned in the 60 years of operations,” Brian Denney, CEO of TRCA said.

“The collaboration of GIS and skilled storytellers brings those lessons to life and shows the scope of the progress of flood management at TRCA. We’re so thrilled to share this with the public.”

The story map uses historical photographs that illustrate the damage caused by Hurricane Hazel in a number of communities as well as current flood management practices.

It’s hoped the GIS story map can be used by teachers and students in the area as an important educational tool.