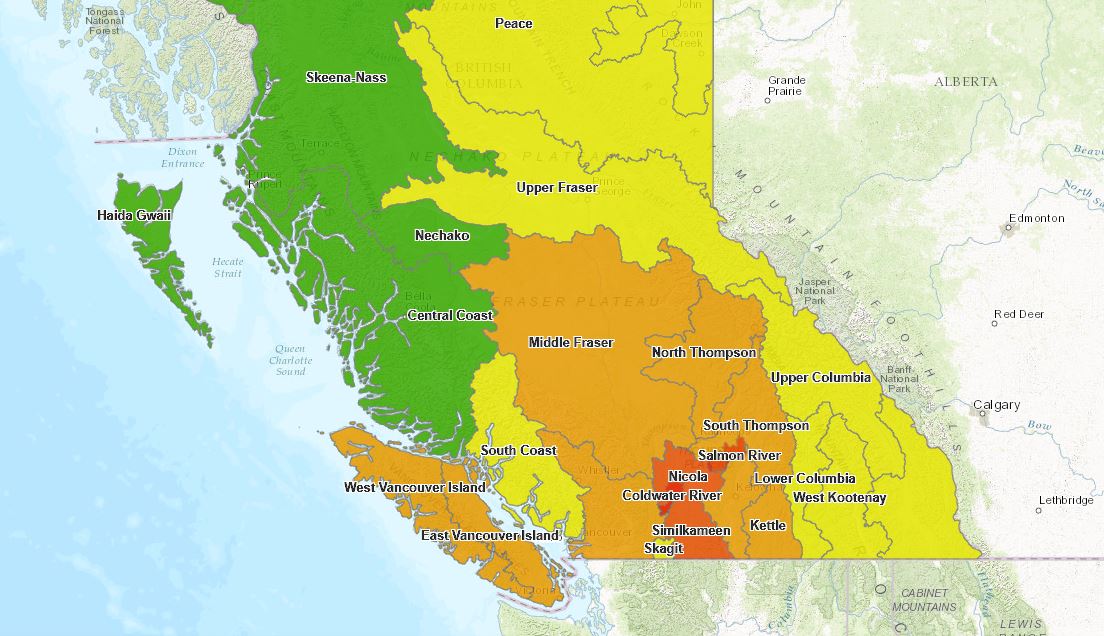 On September 1st, British Columbia upgraded the Nicola, Salmon, and Similkameen river basins to Drought Level 4. These are in addition to the Coldwater river basin, which was declared drought level 4 in mid-August.

The Province is urging all surface water and groundwater users, including residents, industry, farmers and municipalities, to voluntarily reduce water consumption. A Level 4 drought rating recommends maximum reduction of water use, while a level 3 drought rating calls for reducing water use by 30 per cent.

Drought levels in the province through 2015.

The Ministry of Forests, Lands, Natural Resource Operations and Rural Development has stated that if voluntary reductions of water use are not sufficient to maintain flows above critical levels, they may consider regulating water usage under the Water Sustainability Act. Actions under the Act could include the temporary suspension of water licences or short-term water approvals to restore flows to minimum critical levels in the impacted streams. In particular, water conservation is expected to benefit the Salmon River, where low flows are impacting migrating Chinook salmon.