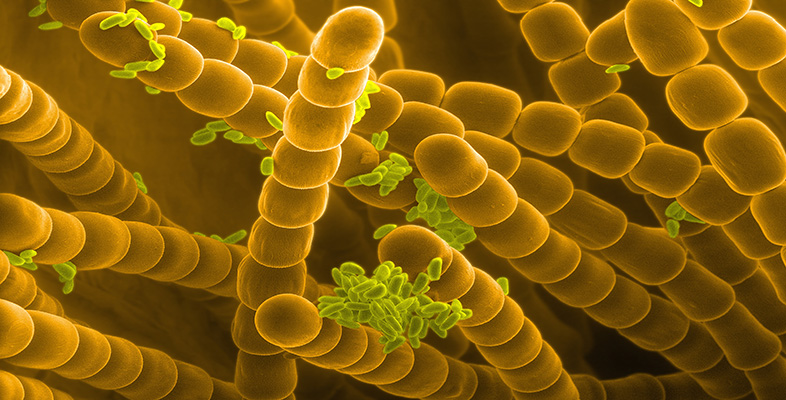 Scientists in Canada, the United States, and Europe are looking to rewrite the textbook on microbial ecology, advocating a new approach to studying the most abundant form of life on Earth.

When it comes to microbe species, they argue, niche is much more important than names.

“But microbial systems have many more ways to get energy and are highly redundant. Hundreds of species can co-exist and perform the same biochemical functions in one setting, and switch functions in a different setting.”

The finding has major implications for interpreting changes in microbial communities or predicting their health—whether in the human gut, in engineered wastewater treatment processes, or during environmental perturbation or loss of diversity in the ocean.

“As researchers we need to decouple biochemical processes from taxonomic labels. And we need to refine, and update, our terminology to represent this decoupling, and we need new paradigms to interpret changes in microbial communities.”

How do microbes come about this jack-of-all-trades redundancy? Based on an analysis of more than 59,000 sequenced microbial genomes, Louca and colleagues argue it’s baked into the system—genes responsible for specific biochemical functions are widely and irregularly distributed across the microbial tree of life.

The researchers also ruled out another prevailing paradigm—that frequent and unpredictable fluctuations in microbial species composition are due to random birth and death events in small populations. What some researchers call ‘ecological drift.’

“Our synthesis and new computer simulations show that view is likely wrong,” said Louca. “We should be focusing on the largely unexplored biological interactions between organisms—such as predation by viruses or antibiotic warfare, that don’t necessarily affect the major biogeochemical fluxes in the system.”

The synthesis is based on microbial community research from the last two years, and involved researchers from UBC, the Massachusetts Institute of Technology, Simon Fraser University, the University of California, Woods Hole Oceanographic Institution, Massachusetts, and the Eidgenössische Technische Hochschule, Switzerland.

“Microbial ecosystems outside the lab can typically sustain a large number of taxa with the potential to perform the same metabolic functions, begging the question of how such apparently redundant species coexist,” said Otto Cordero, an assistant professor at the Massachusetts Institute of Technology, who was not involved in the study.

“One possibility is that coexistence is maintained by neutral processes, such as demographic fluctuations. Another is that seemingly redundant taxa are differentiated in their ‘micro-niches’ based on fine-scale trait differences, such as attachment, motility, enzyme affinities. This research builds a strong case for the latter and presents a thoughtful discussion of its implications for the study of microbial ecosystems. An important corollary of this paper is the need to group taxa into functional units, similar to how trait-based ecology groups plants in guilds.”

The research paper by Stilianos Louca, et al. entitled, Function and functional redundancy in microbial systems in the journal Nature Ecology & Evolution (2018) can be accessed online.

CCME Posts Guidelines for the Protection of Aquatic Life & Carbamazepine