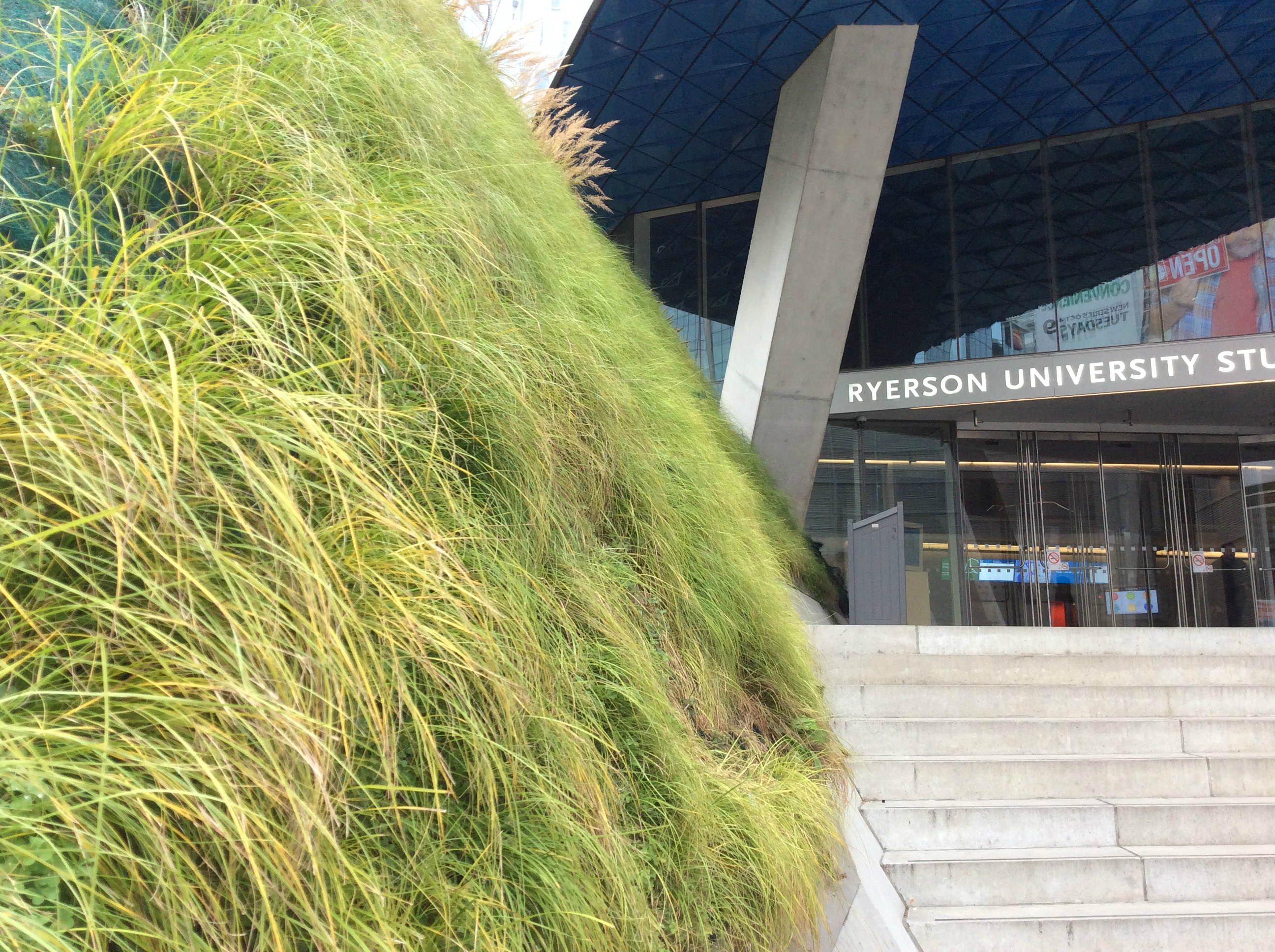 If Lee Valley, Home Depot, or IKEA could offer you a low-cost, easy-install, beautiful modular green roof installation kit, would this be your next weekend project? Ryerson Urban Water and its partners of a weekend Hackathon thought so, as they awarded this concept in the Best Overall Design at the 2016 Ryerson Urban Water Stormwater Hackathon.

Team Go With The Flow took top scores, when they pitched their green infrastructure pop up design, developed over two days, to a group of water experts including Tom Kazas of the Ministry of Environment and Climate Change, Nick Reid of Ryerson Urban Water and Actual Media, Eric Meliton of Toronto Region Conservation Authority, and Alex Gill of Medicant Group.

The  team received $2,500, career coaching from the city of Toronto, two water books, a City of Toronto pins for their success.

Hanson said, “We started with several other ideas, but decided that we needed to start over by redefining the central challenge. We felt that no one is going to care about stormwater management unless you make it interesting for them.”

Li said, “We felt that if we could create a design that was beautiful, that would allow the customer to enjoy the beauty of the stormwater solution, then they would be more interested to install it on their home.”

Toronto city councillor Janet Davis, was in the audience commented, “I am actually so thrilled to learn about Ryerson Urban water, and that you have  come together this weekend, over such a short period of time, and come up with so many interesting and innovative solutions to our urban water issues […] I could see many of these coming to reality.”

Federal environment minister Catherine McKenna also tweeted to the event organizers to say that she was interested to learn about the winning team’s designs.

Judge and moderator, Alex Gill said, “We actually have two groups on this judging panel who have said, if we can arrange the money, I would like to see how we can move some of these ideas forward.”

For each of the teams, there is an opportunity to receive mentoring time to pursue further development and commercialization of their concepts. The students retain intellectual property for their designs.