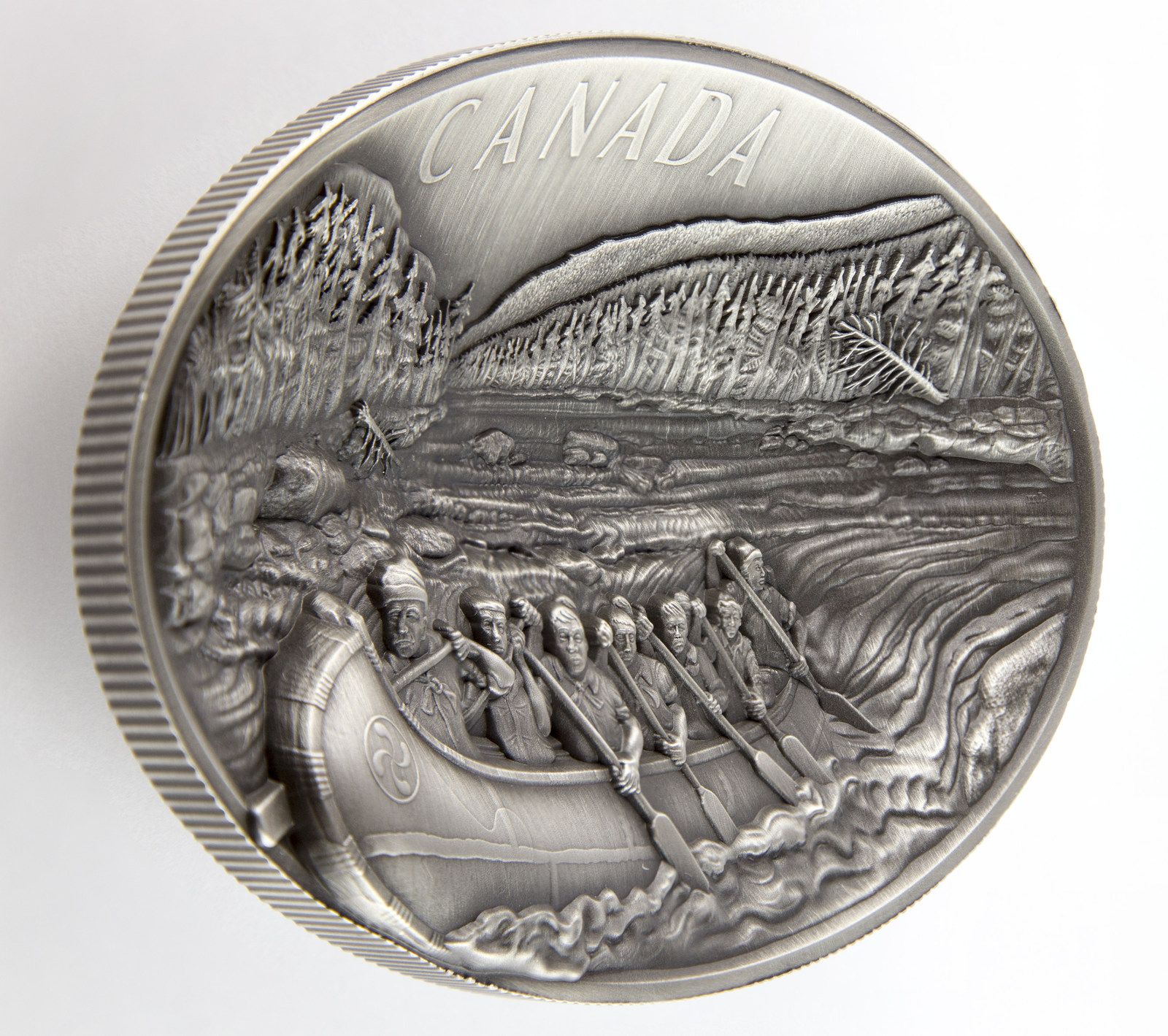 The Royal Canadian Mint, with the help of Mint engraver Matt Bowen, have announced the release a new 2018 $250 Fine Silver Coin that celebrates Canadian Voyageurs and river travel. The coin represents the time in Canadian history when, fur traders would travel via waterways and the vehicle was the canoe, designed and perfected by Indigenous Peoples. Most voyageurs were French-Canadian, identifiable by their distinctive clothing.

The coin’s dramatic scene of the intrepid trailblazers who fueled early Canada’s fur trade, paddling down an untamed river, is rendered in depth and dimensions that were not previously possible for silver coins.