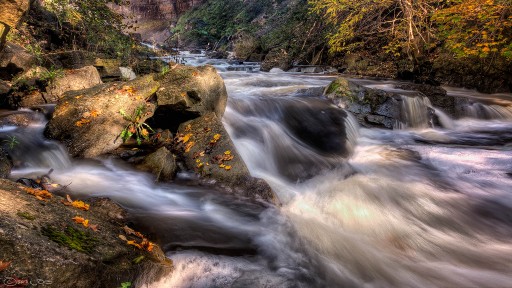 A Rothsay wastewater plant in Dundas, Ontario, was granted permission to release treated wastewater into Spencer Creek a month early by the Hamilton Conservation Authority (HCA).

In a September 9th report prepared by T. Scott Peck, director of Watershed Planning & Engineering at HCA, stated that after “the completion of the 2-Year Term Pilot Project, a report be brought back to the [HCA board of directors] with a recommendation regarding allowing the October 1 commencement of discharge on a permanent basis or maintain the original timing.”

The Rothsay plant in Dundas is described by the report as converting raw meat material from meat processing plants into “animal feeds, cosmetics, detergents, and other products.” And “as part of the rendering process… wastewater is produced and treated on-site.”

Presently, the approved discharge period is November 1–March 31. Rothsay made a request for early discharge in 2011 that was approved on the condition that the discharge required monitoring. In 2013, another extension was requested to “facilitate the removal of an existing filter system and the installation of a replacement system.” This was approved and the program ran until August 2016 under effective monitoring conducted by the HCA and funded by Rothsay that has, initially, found no impact downstream.

Based on the results of the monitoring, the HCA has approved a 2-year pilot project that “will allow for the completion of the comprehensive review of the existing water quality data that has been gathered while providing a sufficient time period for Rothsay and the HCA to monitor the early discharge program.”

In a Hamilton Spectator article, Jared Fein, wastewater manager for Rothsay, commented that after temperatures drop below 12 degress Celsius, Rothsay could no longer use bacteria to treat that water and had to use salt. Fein said that “Rothsay used 900 tonnes of salt during 2009’s cold winter, but managed to cut that by 75 per cent this past winter by ending the discharge in January.”
Starting the discharge earlier allows Rothsay to use less salt, which lowers the salt content in the surrounding watershed.

The HCA’s report can be found in the minutes from its recent general meeting.

The full report in the Hamilton Spectator can be found here.