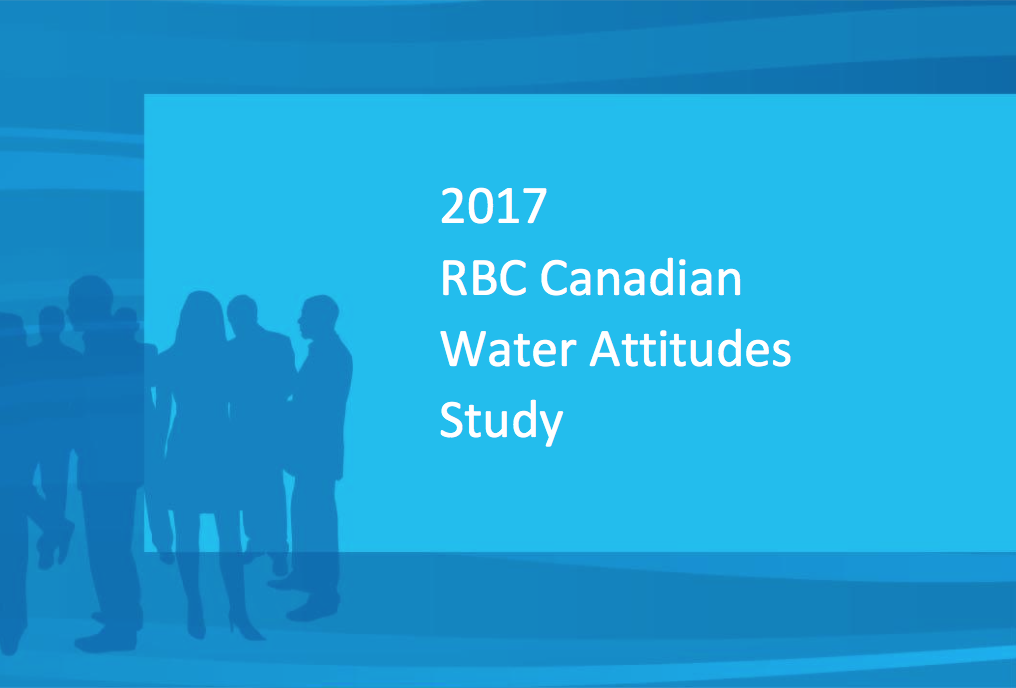 Following on the release of the 10th RBC Canadian Water Attitudes Study, the RBC Blue Water Project and GlobeScan held a webinar, bringing further discussion and insight to the valuable findings of the data.

In the discussion were Andrew Craig, director of Corporate Environmental Affairs at RBC; Rober Haller, executive director of the Canadian Water and Wastewater Association; Bob Sandford, EPCOR Chair for Water Security at the United Nations University Institute for Water, Environment and Health; and Eric Whan, director of GlobeScan.

The discussion delved into the study’s results, which showed there’s a gap between how the public understands water’s importance and its lack of understanding about water systems. Citing the 2015  RBC study, Sandford noted that only 60 per cent of Canadians know where their drinking water comes from. Commenting on ten years of RBC findings, Whan said, “Consistently, over time, Canadians pick out water as being the most important natural resource.”

Haller framed the disconnect as: “Our challenge is just making them understand how the system works,” he said. “You can’t put a campaign out that says: vote for higher water rates!”

Sandford suggested that the disconnect stems in part from a culture of normalized water waste, in which Canadians value the water they have access to, but the lack sufficient understanding of the necessary infrastructure to deliver the water. “We’re finding out that we can’t afford to maintain and replace the overbuilt infrastructure that supports that waste, which increases the risk of public health disasters.”

To overcome that challenge, “it’s about trying to get them to understand and not freak out when we need to invest in our infrastructure,” said Haller. “And when we need to put in the proper pricing, that they understand not only where their water comes from, but how we treat it, how we get it to their home.”

But the data shows that the public desires government investment in water and that it desires to save money and the environment. Where Canadians worry more about the cost of living or healthcare, Haller and Sandford, along with partners like RBC, want to show the economic and health value in efficient and clean water systems. Sandford described the critical importance between land and water and “how land values can be greatly enhanced by integrating natural ecosystem function with hard engineering solutions,” putting money back in Canadian pockets and preserving their health. Sandford sees this as contributing to new forms of restoration hydrology that can “save our cement suffocated cities and surrounding waters from the great, greasy pulses of fecal slime and poison that wash off our urban centres after each heavy rain.”

“I’ve been speaking across the country at events and talking about what an exciting time it is to be in water right now,” said Haller. He sees opportunity for new paradigms of development and resource management. “I’m hoping that ten years from now, we’ll look back and people will say: Wouldn’t it have been neat to be there in 2017 when everything started to change?”

Wrapping up the discussion, Craig re-iterated the three, key recommendations that have evolved from ten years of the Water Attitudes Study: