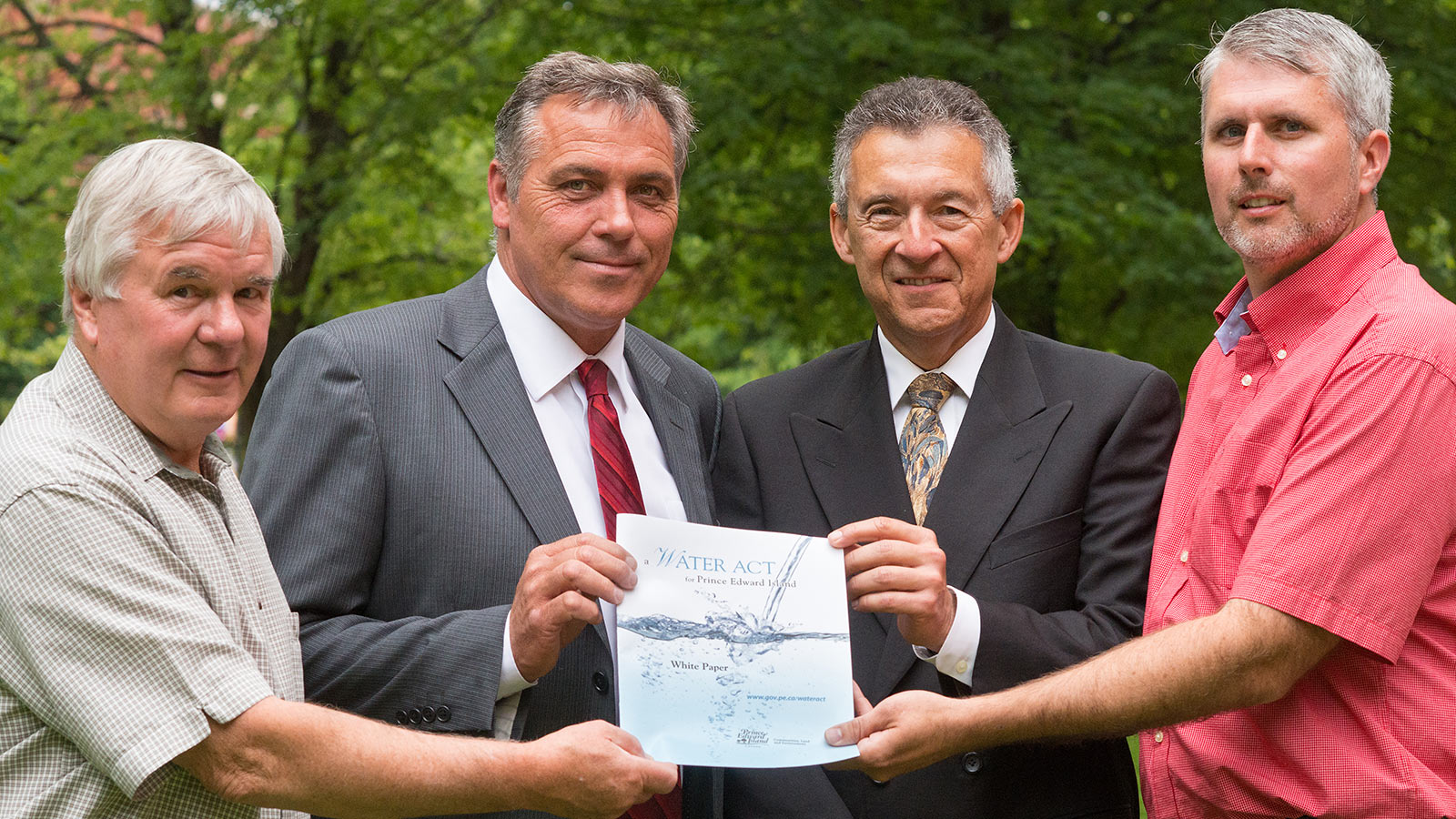 Prince Edward Island is calling for the public’s input into the creation of a Water Act, according to a July 8 announcement from Minister of Communities, Land and Environment Robert Mitchell.

“The overall objective of a Prince Edward Island Water Act will quite simply be to ensure the protection of our water,” said Minister Mitchell. “Today, we are releasing a white paper and launching our primary phase consultations. The white paper outlines the components of an act that could be used to protect and conserve our water supply and is intended to serve as a resource for Islanders as we work together on legislation development.”

As the only Canadian province entirely dependent on groundwater as a drinking water source, Prince Edward Island is in urgent need of an act protecting water quality and quantity into the future. The planned Water Act will provide water security, offer guidelines for government decisions involving water management, and put legislation in place that will allow water challenges to be effectively addressed.

In the coming months, public consultations led by the province’s Environmental Advisory Council will be held across PEI.

“We look forward to hearing from Islanders on what is important to them in the development of this important piece of legislation,” said Chair of the Environmental Advisory Council, Richard Davies. “Water management is imperative for all Islanders and that is why we encourage the public to participate in the consultation process.”