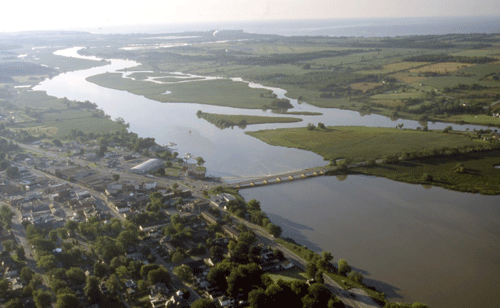 Ontario has approved a plan to protect sources of drinking water in the Grand River watershed area in south-central Ontario.
The source protection plan, developed by the local municipalities and the Lake Erie Region source protection committee, will take effect July 1, 2016.

The source protection planning process began in 2006, when the Ontario government passed the Clean Water Act to protect the sources of municipal drinking water throughout the province, and is based on technical studies, collaborative policy development, and extensive public consultation. The process was guided by the Lake Erie Region Source Protection Committee, which is made up of representatives from municipalities, business, industry, farmers, landowners, and other stakeholders. The committee also developed plans for the Catfish Creek, Kettle Creek and Long Point Region watersheds.

She also commended Craig Ashbaugh, former chair of the Lake Erie Region Source Protection Committee, as well as staff of the Grand River Conservation Authority. “I wish to formally recognize Craig for his leadership in bringing together all of the partners, shaping the decisions and guiding the planning process over the last eight years,” said Wright Cascaden.

“The Source Protection Committee also received excellent support and guidance from the former Program Director, Lorrie Minshall, as well as Martin Keller, Source Protection Program Manager, and their staff. They made significant contributions to the development of an attainable plan and will play a key role in the successful implementation of the Plan in the future. The approved Grand River Source Protection Plan is a considerable achievement that will benefit generations to come.”

The Lake Erie Region Source Protection Committee is continuing its work to address risks to water quantity. These components will be included in a future update to the Grand River Source Protection Plan. Ontario has now approved all 22 source water protection plans for the province. Altogether, the plans cover areas where over 95 per cent of the province’s population live.