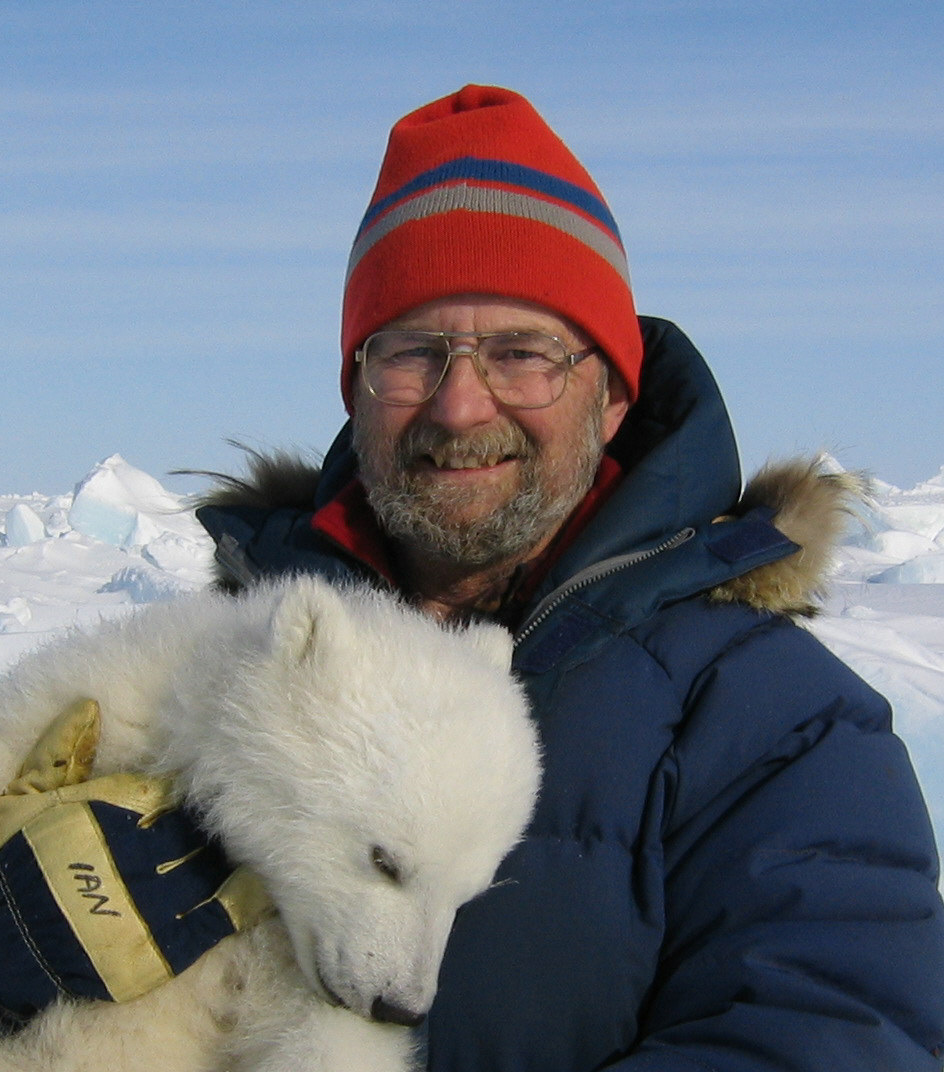 World-renowned Canadian polar marine mammal scientist, Dr. Ian Stirling, has won the Weston Family Prize for Lifetime Achievement in Northern Research.  For more than forty years, Stirling has studied the ecology and behaviour of arctic marine mammals, particularly polar bears, which has led to a new era of ecological understanding of the Arctic.

Stirling was presented with the $50,000 prize today at ArcticNet’s 2015 Annual Scientific Meeting, the largest annual gathering of Arctic researchers in Canada, held this year in Vancouver.

Stirling’s rigorous research has led to findings that are significant to the preservation and management of arctic marine mammals,” said Geordie Dalglish, director of The W. Garfield Weston Foundation and Chair of its Northern Committee.

“We are deeply honoured to award him with this Lifetime Achievement Prize in recognition of his significant contribution to our understanding of Canada’s North.”

Stirling is an Adjunct professor in the Department of Biological Sciences at the University of Alberta and an emeritus scientist with Environment Canada. Much of his research focused on the ecological relationships between polar bears, seals, and sea ice conditions.  One significant result was a study published in 1999, which confirmed for the first time that the negative impact of climate warming on polar bears in Western Hudson Bay was statistically significant.

He conducted a long-term study of polar bears and seals in the Southern Beaufort Sea which was the first documentation of a distinct cycle in the ringed seal population. At intervals of roughly ten years, ringed seal reproduction and survival of their pups plummets and remains low for 2-3 years, as does the survival of young polar bears that rely on them for food.  The populations then recover for a few years before the cycle repeats itself.

Stirling estimates that about half of the polar bear population around the circumpolar Arctic could disappear by 2050 to 2060, if climate warming continues as is currently projected, with the last survivors expected to be in the Northern Canadian Arctic islands and Greenland. There are 19 different polar bear subpopulations around the world, 13 of which can be found in Canada.

“The consequences of climate warming are going to be severe for any mammals that depend on ice, including polar bears, some species of seals, small arctic whales, and other species further down the food chain, such as arctic cod,” Stirling said. “The study of polar marine mammals, such as polar bears and seals, is essential to the conservation and management of both the Arctic and Antarctic marine ecosystems, which in turn comprise a crucial component of the total environment of the Earth.”

Stirling has been instrumental in advancing arctic research by mentoring other scientists, starting in the 1970s when he became an adjunct professor with the University of Alberta and established a first-of-its-kind coordinated research program on polar bears and seals in the Canadian Arctic. He has authored or co-authored more than 300 scientific articles, of which more than 225 were peer-reviewed. He has also published five non-technical books which made scientific information available to the general public.

“As an educator and a mentor, Stirling has inspired early-career scholars, from undergraduate and graduate students to post-doctoral fellows, to pursue and persevere in northern research,” said Monique Bernier, president, ACUNS. “Many of his former students now live in the North where they occupy positions as territorial or federal government biologists or managers. He is highly respected in the North due to his consideration of Indigenous knowledge, his support for co-management with northern communities and his role as an advocate for the Arctic.”

The annual Weston Foundation prize, launched in 2011, recognizes a leading northern researcher in natural science and is the largest award of its kind. The Weston Family Prize is administered by the Association of Canadian Universities for Northern Studies (ACUNS). The Foundation’s support is a catalyst that enables leading Canadian scientists to pursue rigorous exploration of Canada’s North. Since 2007, it has committed more than $25 million towards northern research and science.