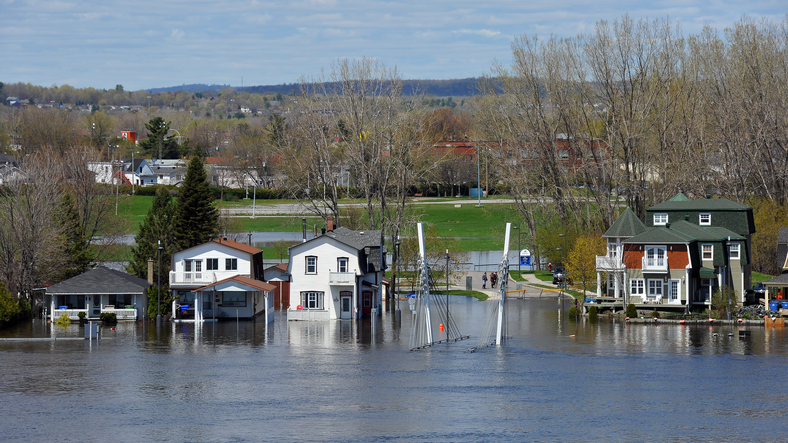 Insurance Bureau of Canada (IBC) has reported that spring 2017 storm and flooding events in Eastern Ontario and Western Quebec resulted in more than $223 million in insured damage, according to Catastrophe Indices and Quantification Inc. (CatIQ).

“Climate change is causing severe weather events, especially storms involving floods, to happen more frequently and with greater intensity. While the insured damage from the spring floods is significant, the total cost to homeowners and government is not yet known,” said Craig Stewart, vice president of Federal Affairs, IBC. “Flooding coupled with windstorms can cause significant damage in a very short amount of time.”

From April 5 to 7, a pair of low-pressure systems led to major flooding in Southern Quebec and wind damage across parts of Ontario and Quebec. Roads, homes, and businesses were flooded in Quebec as rivers overflowed and sewers backed up. Following the heavy rains, strong wind gusts downed trees and power lines across many areas of both provinces. This system caused over $106 million in insured damage.

Multiple days of significant rainfall led to flooding across parts of Eastern Canada with the majority of damage occurring in Eastern Ontario and Quebec. The heaviest rainfall occurred through May 5th and 6th, with some areas recording up to 155 mm of rain. There were numerous states of emergency declared in Southern Quebec and Eastern Ontario, with thousands of residences affected and people evacuated from their homes. This weather event caused nearly $117 million in insured damage

According to CatIQ, total insured damage for 2016 topped $4.9 billion. Last month, CatIQ and Aon Impact Forecasting announced an agreement that will see the latter’s flood data made available as a layer in CatIQ’s CatHUB module.