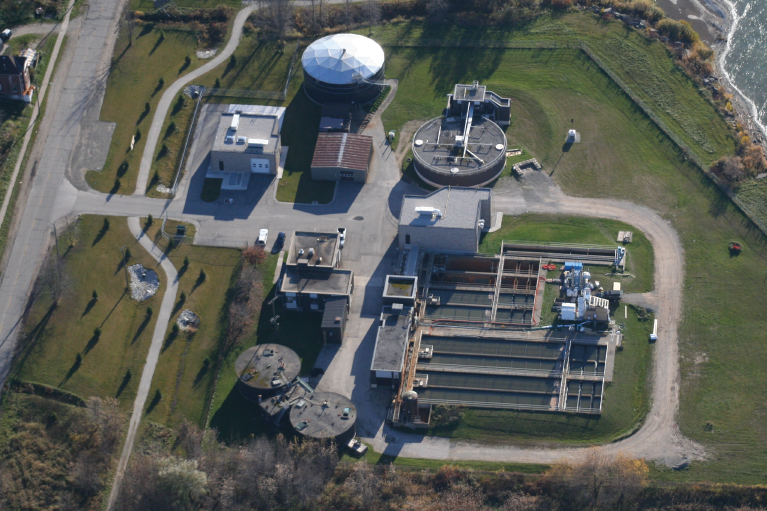 Representatives gathered yesterday to celebrate the official opening of the newly-constructed Owen Sound Wastewater Treatment Plant in Ontario. The plant upgrades, which have been underway since August of 2014, represent the single largest project undertaken in the city’s history with a construction value in excess of $48 million.

“I am pleased to be part of this infrastructure project to support the health and well-being of our citizens and Georgian Bay neighbours. These vital upgrades will ensure the safe and reliable treatment of wastewater for years to come, and continue to establish Owen Sound as Where You Want to Live,” said Ian C. Boddy, Mayor of Owen Sound.

The project included converting the plant from a primary treatment facility to a secondary facility with biological treatment, filtration, and disinfection capabilities to ensure the cleanliness of the effluent that is then discharged back into Owen Sound Bay.

These upgrades enabled the City of Owen Sound to meet the Government of Canada’s Wastewater Systems Effluent Regulations, while reducing the negative impacts of wastewater effluent on human health and the environment. The effluent quality at the refurbished facility has exceeded the project expectations with many parameters a fraction of their previous levels.