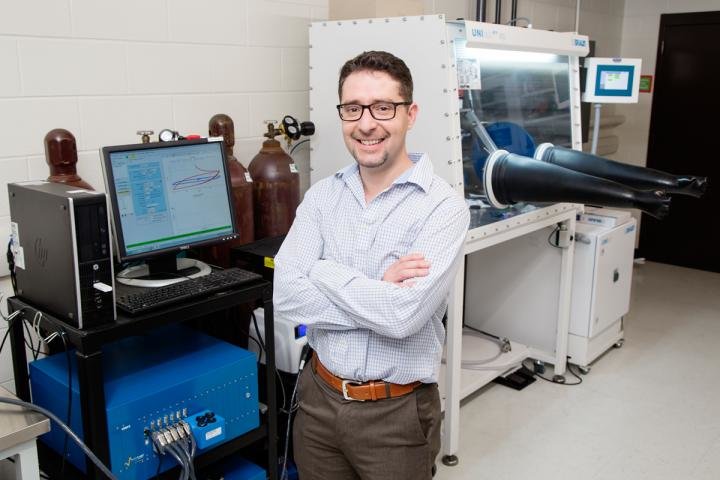 University of Illinois mechanical science and engineering professor Kyle Smith and his co-authors have published a study demonstrating the viability of a battery-like technology in the journal Electrochimica Acta, which applies new materials that could make desalination of brackish waters economically desirable and energy efficient.

Coastal regions, where the rise of seawater due to climate change could encroach upon and contaminate groundwater aquifers is one source of concern. Further, as demand for diminishing clean water sources increases, the need for desalination of lower-salinity, brackish water will increase, the researchers said.

In a previous study, Smith and his co-authors used theoretical modeling to show that technology used in sodium-ion batteries may efficiently desalinate seawater. Their theory states that by using electrodes that contain sodium and chloride ions, salt is drawn out and held in a chamber separate from the purified water.

“In our new study, we constructed and experimented with a battery-like device that uses electrodes made from a different material. That material can remove from brackish water not only sodium ions but also potassium, calcium, magnesium, and others,” said Smith.

The new material is a chemical analog to the compound Prussian blue—the intense pigment used in ink for blueprints. It works by taking and holding positively charged ions like sodium within its crystal structure, Smith said.

“The competition between the rate of diffusion of the positively charged ion within the crystal structure, and the volume at which the ions can be stored, creates a trap-like structure,” Smith said. “They go in easily but can’t get out.”

There are other materials that can secure positive ions, but the Prussian blue analog has an additional benefit—it is potentially very cheap to source. However, further research is needed to determine how the removal of salts from higher-salinity seawater and wastewater will impact the technology’s energy efficiency.

“To make a technology like this be economically feasible, it needs to be cheap and, ideally, have some value-added benefit,” said Smith. “By showing that our device works well with lower-salinity waters, the door for use with inland brackish waters and possibly industrial wastewater has opened.”