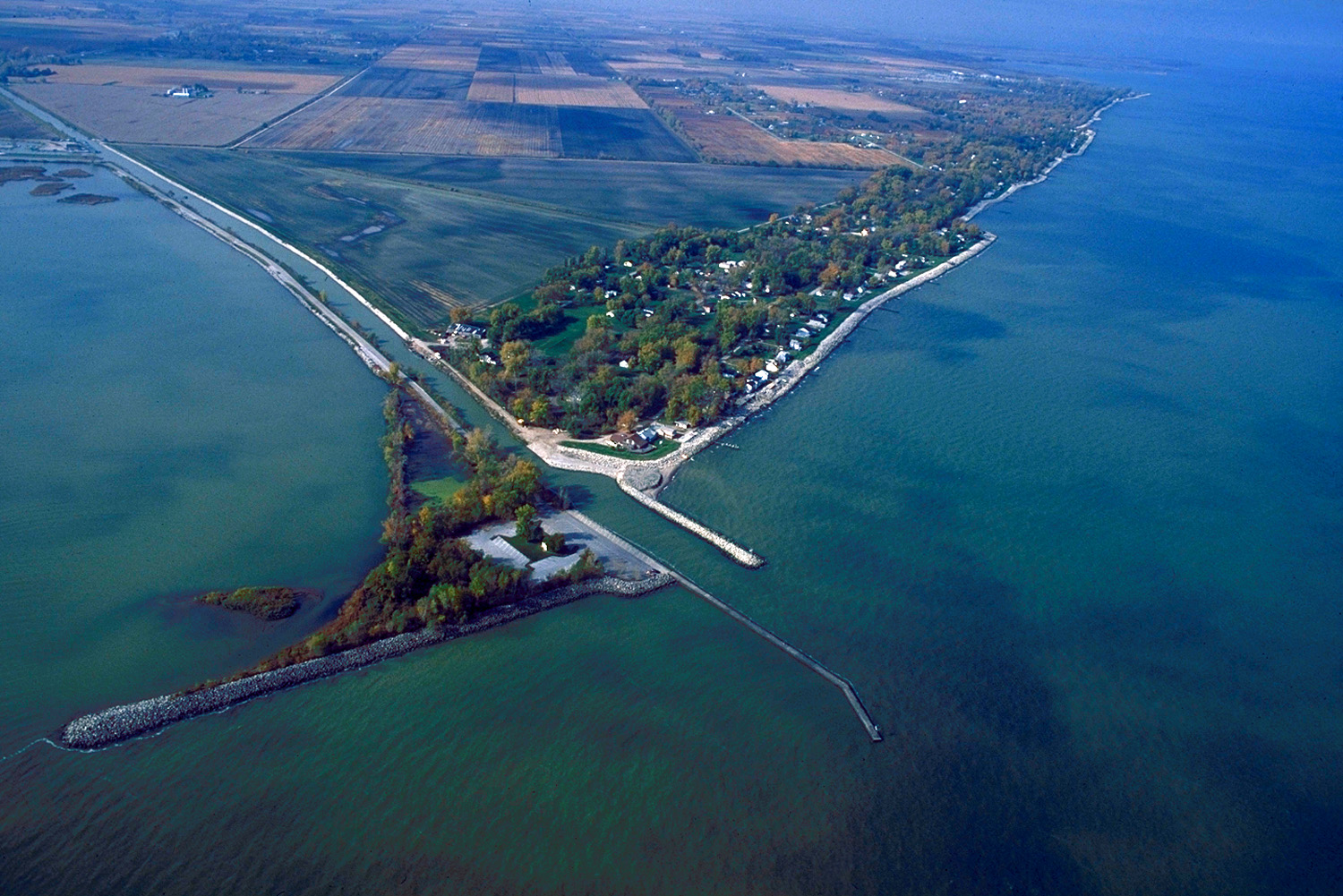 Climate change is leading to poorer water quality in Lake Erie, according to a new study led by University of Guelph researchers.

Driven by global climate change, the same seasonal problem may play out in other large lakes with multiple basins. This includes other parts of the Great Lakes, according to Dr. Joe Ackerman who is a professor in the Department of Integrative Biology at the University of Guelph.

Ackerman conducted the study with post-doc Dr. Aidin Jabbari and co-authors Dr. Leon Boegman, a professor of civil engineering at Queen’s University, and Dr. Yingming Zhao with the Ontario Ministry of Natural Resources and Forestry (OMNRF).

In shallow lakes and parts of freshwater bodies such as the western end of Lake Erie, winds normally keep water evenly mixed. This provides consistent amounts of oxygen and nutrients.

Lake Erie is the shallowest of the Great Lakes. But it’s deep enough that in summer, water in its central and eastern basin divides into a warmer layer atop a colder layer. The dividing line between the two layers is called a thermocline.

Below the thermocline, respiration from organisms including microbial decomposition tends to use up oxygen during summer. Phosphorus from urbanization, industry, and farms also ends up in the deeper water, which is ultimately low in oxygen and high in phosphorus.

Above the dividing line, the warmer water contains enough oxygen to support fish and is the location of drinking water intakes for nearby communities.

See also  Canada and the U.S. Identified Eight Chemicals of Mutual Concern for the Great Lakes

Ackerman said the problem arises with strong wind events, typically in August. Those winds cause powerful waves and currents that result in periodic upwelling of deeper, hypoxic (low oxygen) water, which can flow into the western basin. With global warming, more strong winds and waves are occurring over Lake Erie.

“Wave power is increasing over time,” said Ackerman. “As weather warms, we will get larger waves and more powerful storms.”

His team looked at August records for the Great Lakes between 1980 and 2018. Over the period, it found increasing surface water temperature and wave power for that month were connected to atmospheric phenomena including El Nino.

“We found that extreme wind events have increased from one every other year to three a year from 1980 to 2018,” he said.

The currents caused by winds tilt the thermocline and pull up water with low oxygen and lots of phosphorus. In Lake Erie, that water from the deep central basin flows paradoxically into the shallower western basin. This is opposite to the normal flow direction.

The researchers found more hypoxic events in the western basin over the past 40 years. Nearly half of them occurred in the past decade. These changes can happen in a matter of hours, said Ackerman.

Hypoxia has been linked to periodic population declines in mayfly larvae, an important food for commercial fish such as walleye and yellow perch. These insects are a key indicator of water quality and overall ecological condition of the lake.

More phosphorus can also cause algae populations to bloom, including cyanobacteria that cause harmful algal blooms. That further reduces water quality, making it more difficult for fish to survive and potentially tainting drinking water. Upwelling of phosphorus would add to inputs of the element from the western end of the lake, including the Detroit and Maumee rivers.

Similar issues likely play out in other places with complex lake basins, including parts of the other Great Lakes affected by wind activity, according to Ackerman.

He said the study might help resource managers in both Canada and the U.S. to connect upwelling— and the underlying wind-wave tandem driven by climate change—to changes in fish stocks in spot surveys.

“What causes hypoxia is important to lake ecosystems and to fisheries managers.”

The research was funded by the OMNRF and a Discovery grant from the Natural Sciences and Engineering Research Council of Canada.