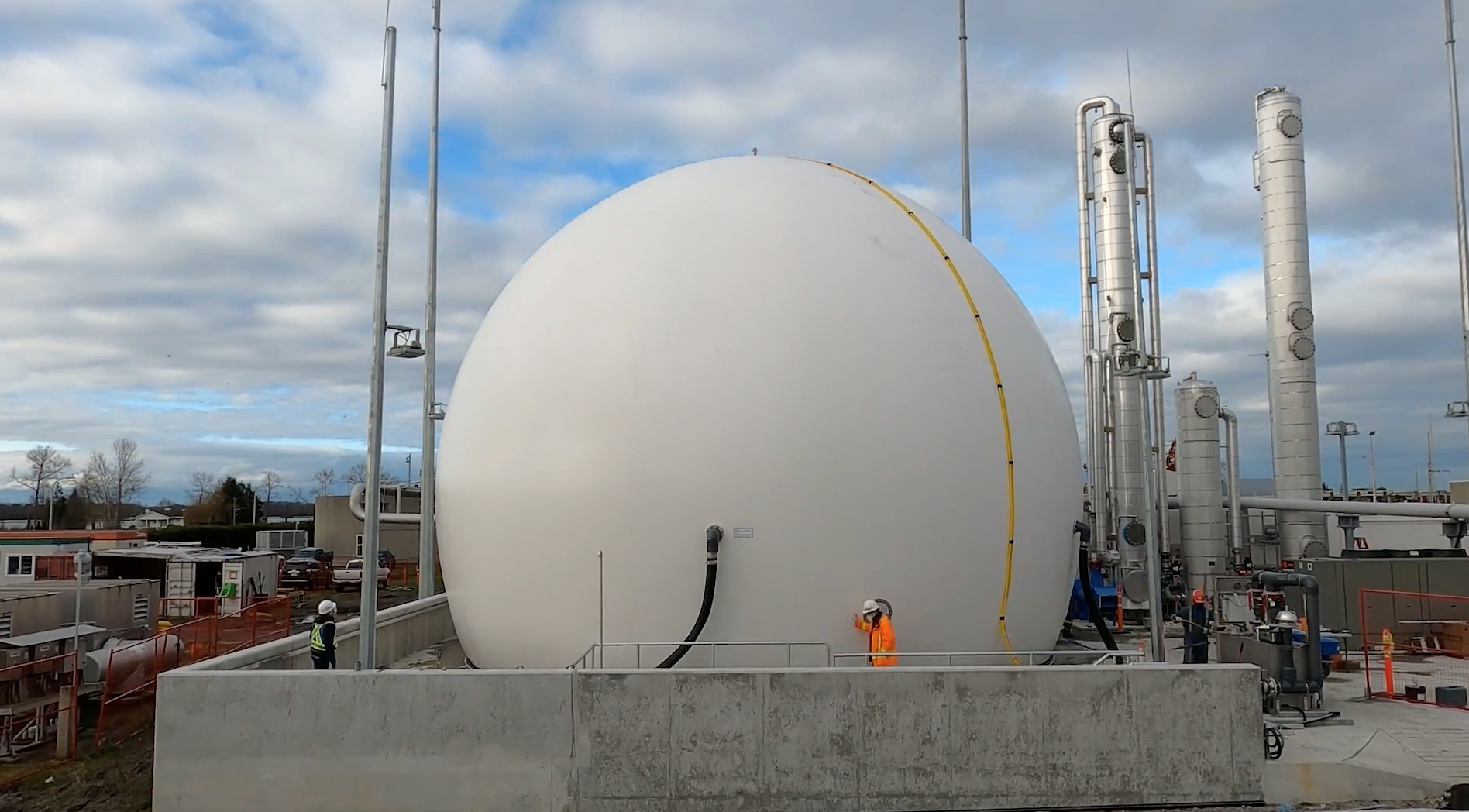 Metro Vancouver and FortisBC Energy Inc. will be showcasing a new facility that aims to recover more energy from liquid wastewater treatment.

“Metro Vancouver and FortisBC both recognize the importance of partnerships and co-investment in the development of projects that support the region’s resilience and low-carbon future,” said Sav Dhaliwal, chair of the Metro Vancouver Board of Directors. “This facility will produce enough renewable natural gas to heat more than 600 homes, and we anticipate that production will increase as the region’s population grows.”

According to the press release, Renewable Natural Gas can blend seamlessly in existing gas infrastructure running throughout the province. As a low carbon substitute, increasing the amount of RNG in the FortisBC natural gas system helps reduce net greenhouse gas (GHG) emissions versus conventional natural gas.

Biogas is generated as a byproduct of the liquid wastewater treatment process, and some biogas from this facility has been used as a fuel for indoor heating and plant processes for many years. The new facility cleans biogas from the plant using a water-based scrubbing technology that’s self-contained to make it pipeline ready for FortisBC’s natural gas system.

“Metro Vancouver will reinvest some of the revenue from the sale of renewable natural gas into projects that will increase the amount of unused biogas available,” said Richard Stewart, chair of the Metro Vancouver Liquid Waste Committee. “This will allow the plant to clean and sell more renewable natural gas in the future, further reducing greenhouse gas emissions in the region.”

FortisBC is working to source enough carbon-neutral Renewable Natural Gas to make up 15 per cent of its overall natural gas supply.

“By partnering with government and industry, FortisBC continues to innovate in the renewable gases space,” said Joe Mazza, vice president of energy supply and resource development at FortisBC. “We’ve been delivering renewable natural gas for over a decade and it’s an excellent example of a renewable energy that can be delivered through our gas infrastructure.”