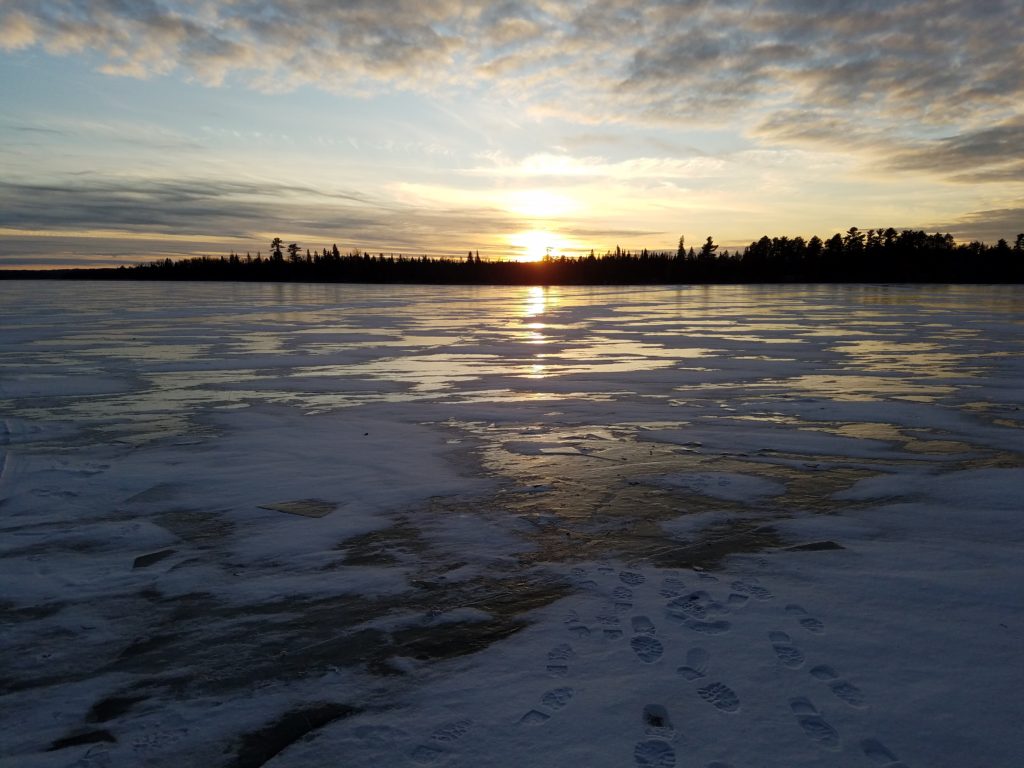 More children and young adults are falling through the ice and fatally drowning as winters become milder and as lake ice becomes less stable, according to York University researchers.

A new study that looked at 4,000 drownings in 10 countries, including Canada, Russia, Finland, Germany, Sweden, and the United States, found warming winter air temperatures were a good predictor of the number of drownings. The research examined several decades of data, including 30 years worth for each province and territory in Canada.

“The time when the risk of drowning is greatest is at the beginning and the end of winter, which also corresponds to the weakest ice when it is less stable and less thick,” said Sapna Sharma, the lead researcher and associate professor at York University. She worked with Postdoctoral Fellows Kevin Blagrave and Simon Watson, former PhD student Tessa Clemens, and an international group of scientists.

“In this study, we also looked at who was drowning, when, and what kind of activities they were doing at the time,” said Sharma. “Almost 50 per cent of drowning victims are children less than nine years old playing on the ice, while the majority of victims drowning while in vehicles, such as snowmobiles, are young adults less than 24 years old.”

The complex nature of changing winters—warming temperatures, rain on snow, and freeze-thaw events—is destabilizing the ice on freshwater lakes and rivers in countries across the Northern Hemisphere.

The researchers gathered drowning records from coroners’ offices, police stations, and lifesaving societies around the world, including the Lifesaving Society Canada. They also collected temperature and precipitation data for each month and area for each drowning using the data from the University of East Anglia’s Climatic Research Unit. In addition to this, they collected population data from across Canada, Estonia, Germany, Latvia, Finland, Russia and Sweden, for regions of Italy and Japan, and from 14 states in the U.S.

“Because we also examine trends in lake ice over hundreds of years, we know that ice on is much later in the season and ice off is much earlier,” said Sharma. “We are seeing these trends in lakes and rivers across the Northern Hemisphere and we found that the highest number of drowning events correspond to these times of ice-off and ice-on.”

“Lake ice is important as we have strong traditions for going out on the ice to skate or ice fish,” added Sharma. “For some, it’s important for survival, such as through the construction of ice roads in northern communities that are the only way to get resources in the winter.”

The researchers found, however, that in those countries that have strong regulations about who can go on the ice, when, and for what activity, such as Italy and Germany, they have low incidences of winter drownings. Sharma suggests incorporating winter ice safety in swimming lessons for children.

“The climate is changing and it’s affecting when you can be on the ice safely,” said Sharma. “Individuals need to take that into account, especially this winter when more individuals will be out enjoying winter ice activities. Times have changed, and climate has changed. Winters are among the fastest warming season, especially in Northern countries, and we’re seeing the impacts of that on our lakes, and it’s also contributing to tragedies each winter.”

The paper, “Increased winter drownings in ice-covered regions with warmer winters,” was published on November 18, 2020 in the journal PLOS One.

Rose Inspires the Design of a New Water Purification Device