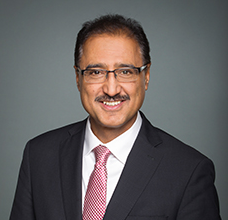 In letters addressed to his provincial counterparts, Minister Amarjeet Sohi has provided the details of the government’s Phase 1 infrastructure spending, including allocations under the new Clean Water and Wastewater Fund.

The letters provided details about the government’s plan to accelerate funding for projects that rehabilitate and modernize public infrastructure—including the amounts allocated to each province and territory under the Clean Water and Wastewater Fund (CWWF).

In the letters to each province, the federal government stated that the CWWF will primarily focus investments on meeting immediate priorities for clean water and wastewater to support a cleaner and healthier environment for communities. These include:

“There are big challenges related to not doing the rehabilitation and the repairs that are necessary and for Phase 2 we have already started consultations and that’s where we will have the opportunities to support transformative projects,” Sohi said.

The CWWF allocation for each province and territory are as follows:

The Phase 1 announcements is part of the government’s plan to double infrastructure spending over the next 10 years to bring the overall federal investment to $120 billion, as promised in the 2016 budget.

Canada and Saskatchewan Reach Agreement on $89 Million Under Clean Water...