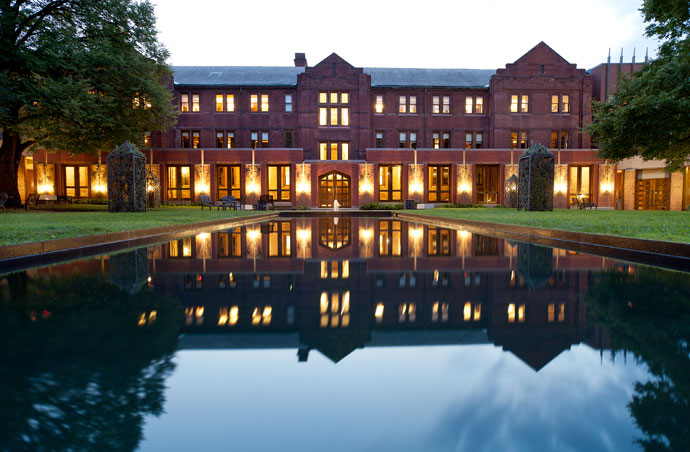 The Munk School of Global Affairs’ announced this month that the Program on Water Issues (POWI) has come to an end.

Since 2001, through POWI, the Munk School has convened experts from across sectors to discuss challenging and often controversial topics including bulk water exports, the impacts of shale gas development on water, water use by the oil sands, and financing groundwater mapping.

The dissolution of the program is the result of the Walter and Duncan Gordon Foundation’s decision to withdraw its funding.

Sherry Campbell, the new president and CEO of the Gordon Foundation said, “15 years and $4 million is a well-supported program. The decision has nothing to do with the quality of the work, under Adèle. We have a lot less funding and are moving towards a new operating model.”

Campbell said that the board of the Gordon Foundation notified the Munk School about the decision through a letter ending the contractual relationship in September 2015.

“It’s unfortunate, because POWI was a good, thoughtful, independent institute putting forward interesting ideas on water and landscape,” said Tony Maas, with the Forum for Leadership on Water (FLOW) and a long-time supporter of POWI.

“Not stepping back from challenging issues, but addressing them in a constructive way. They approached [policy issues] with rigour and science and with quality thinking, but also in a way that kind of popularized the issue so that they were more approachable for the policy community,” Maas said.

Hurley is a well-respected leader in the environmental field, having served she as Canadian co-chair of the International Joint Commission and the Water Advisory Board of the Columbia Basin Trust.

“I understand that when things end some people will be upset or angry, but 15 years is as perpetual as you can get these days. We are very proud of the work that was done under POWI,” said Campbell.

Campbell confirmed that the board remains committed to support water issues and its work in the North. “We want to solidify the work that we are currently doing, such as the DataStream,”  the Mackenzie River watershed monitoring project that was launched this spring.