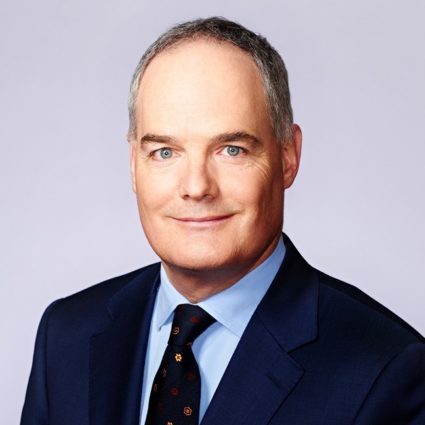 Canada research chair Mark Servos has been appointed a 2018 Fellow of the Society of Environmental Toxicology and Chemistry (SETAC), in recognition of his research contributions, as well as his SETAC leadership and service. In addition to being named a fellow, Servos will become an advisor to the SETAC World Council.

SETAC Fellows are recognized for their research contributions to the fields of ecotoxicology, environmental chemistry, risk assessment, and life cycle assessment, as well as their leadership within professional and the organization itself. The prestigious recognition of a fellow is only awarded to 1–2 per cent of SETAC members.

“Mark has received this honour due to his extensive research in water-related sciences with an emphasis on water quality and treatment,” said SETAC global executive director Charles Menzie. “Much of this important work has focused on chemical effects on hormonal levels and genetics of aquatic biota. His contribution in these areas has been national and international in scope and impact.”

Servos, a Professor in the Department of Biology at the University of Waterloo, was officially recognized as a Fellow at the society’s annual meeting in Sacramento, California this November. He has been a dedicated member of SETAC since the late 1980s.

He has co-authored over 40 SETAC presentations and several scientific papers, including a series in Environmental Toxicology and Chemistry on pulp and paper mill effluents that was identified as one of the most impactful in the history of the journal.

In addition to his exemplary research contributions, Servos’ SETAC leadership was demonstrated as president of the Society in 2002, and on numerous committees including his role as co-chair of the SETAC-led scientific review of the Victoria, BC Liquid Waste Management Plan in 2006.

“I consider it to be my scientific home and family,” said Servos. “As a Fellow, I will continue to serve the society in a new way.”

With this award, Servos will now have the opportunity to contribute his expertise on the impacts of contaminants, such as pharmaceuticals and endocrine disruptors, on watersheds as an advisor to the SETAC World Council.

The Council fosters international communication on environmental issues through research and education, and facilitates worldwide outreach to environmental scientists, engineers and managers.

“He has had a profound influence on students and on developing the next generation of scientists,” said Menzie. “SETAC is extremely proud to have him as a leader within our professional society and recognize him with the distinction of being a SETAC Fellow.”

Servos is currently the Canada Research Chair in Water Quality Protection, a former scientific director of the Canadian Water Network as well as the inaugural program drector of the Collaborative Water Program at the University of Waterloo.